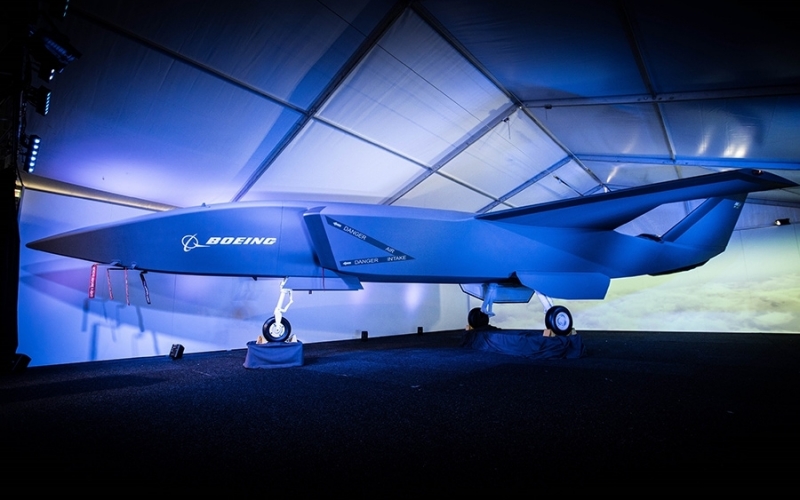 The highly modular unmanned aircraft can be configured to carry out various roles such as reconnaissance, early warning, surveillance and intelligence gathering, and of course engaging in combat. The aircraft which is being developed in Australia will come at a “fraction of the cost” versus traditional manned fighters. No pricing details were given as Boeing said the final cost could vary significantly depending on the required configuration.

The aircraft which has an estimated range of 2,000 nautical mile is expected to be paired up with crewed aircraft such as the F35. The manned aircraft will control the UAV, taking it into challenging territory well beyond the capabilities of top notch pilots.

Shane Arnott, director of Boeing research and prototype arm Phantom Works International, said that the aircraft will “bring that extra component and the advantage of unmanned capability, you can accept a higher level of risk.”

Boeing has said that these highly configurable autonomous jets will be made available to the global market, with the first working prototype taking to the air by 2020.

“We didn’t design this as a point solution but a very flexible solution that we could outfit with payloads, sensors, different mission sets to complement whatever their fleet is,” said Kristin Robertson, vice president and general manager of Boeing Autonomous Systems. “Don’t think of it as a specific product that is tailored to do only one mission.”