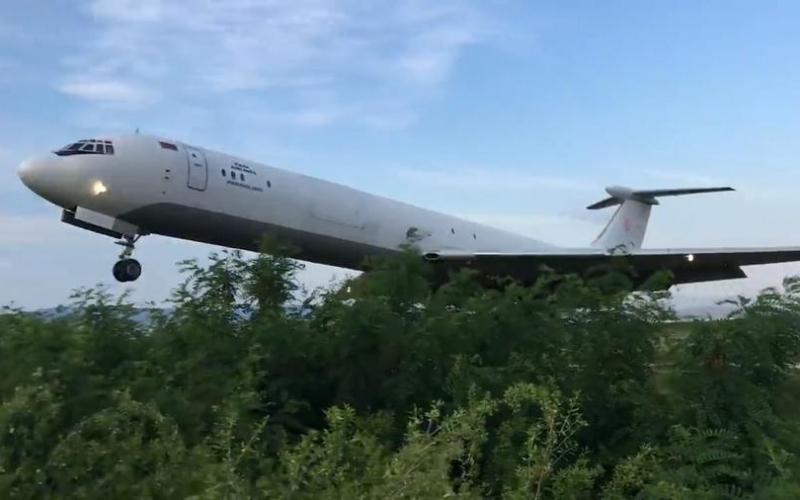 “We paid for the entire runway, so we’re gonna use it!”

I am pretty sure that’s not what the pilots on board the Belarusian Rada Airlines cargo flight said in the viral video below. Originally posted in July, the video shows a Rada Airlines Ilyushin IL-62 cargo jet departing Niš Constantine the Great Airport (INI) in Serbia, using up the entire runway. Thankfully there was a displaced threshold or else this Soviet era freighter might have ended up kissing the dirt.

While the departure was definitely a spectacle to watch, it’s out of the norm, and could most likely be put down to incorrect takeoff performance calculations. Even after the aircraft does get airborne, it appears to struggle to gain altitude during its initial climb phase.

A number of variables could explain the late rotation including incorrect weights, takeoff speeds and trim. We will most likely never know the reason why, but such a miscalculation could put the crew and aircraft in greater danger. Should there have been a major systems or engine failure, having that extra bit of runway is helpful regardless of whether the pilots decide to abort or follow through with the departure.

Luckily this was a runway 29 departure, or else the town’s folks might have been in for a scare.

Had they not been lucky to get off the ground in time, they might have ended up in a ball of flames like the Aerosurce Boeing 727 in Colombia (video below). The Aerosucre crash investigation determined that the aircraft was overloaded, and that the pilots used an incorrect technique when departing, all of which was done with a tailwind component. Five of six people on board that flight lost their lives as a result.