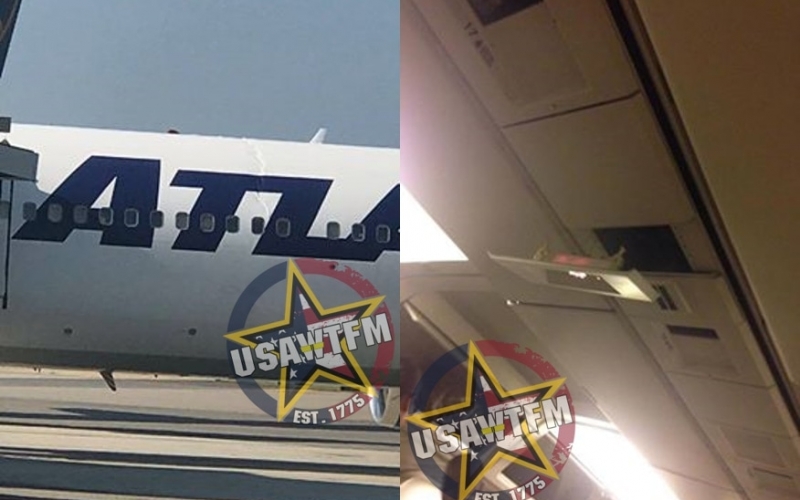 The flight was transporting troops from the middle east to Portsmouth, with a stopover in Frankfurt, Germany. The aircraft touched down at 4:52 AM local time and taxied to its designated parking area. The air frame was found to be damaged during post inspection. There was also considerable cosmetic damage to the interior (well beyond the normal wear and tear by Atlas’ standards).

The fate of the aircraft is unknown at this point. Going on more than 26 years old, it’s unclear whether the lessors would be willing to spend the money to have the fuselage fixed. Even as 767s are getting second lives carrying cargo, the combined damage and age may discourage its owners from converting this aircraft into a freighter.