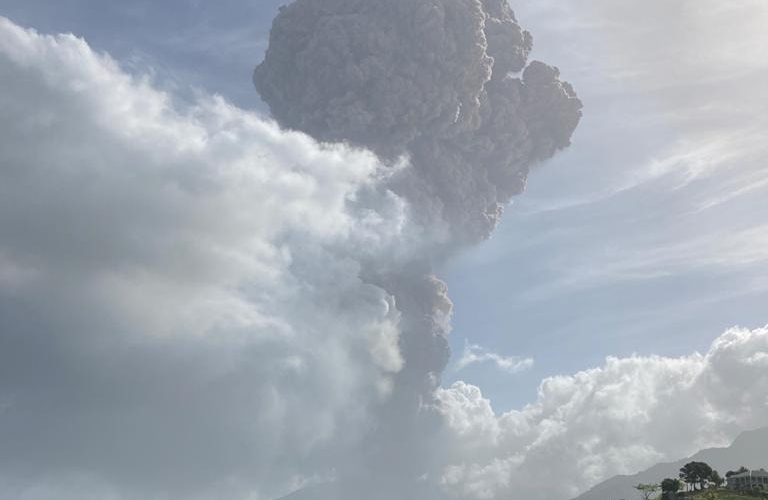 Scientists at the University of the West Indies Seismic Research Centre (UWI-SRC) have reported that an “explosive eruption” has occurred on April 9, 2021 at 8:41 a.m. (12:41 pm UTC) at the La Soufrière volcano located on the northern side of the Caribbean island St. Vincent.

The volcano which was last erupted in 1979, started showing notable signs of activity in December 2020, as magma started pouring out as a result of an effusive eruption. The oozing magma formed a new dome within the crater.

On April 8, the UWI-SRC team noted plumes of volcanic gases and steam coming from La Soufrière. Later that evening, a red alert was issued, indicating that “an eruption is in progress or may begin without further warning.” The Vincentian government also issued evacuation orders for those living in the red zone (highlighted below). 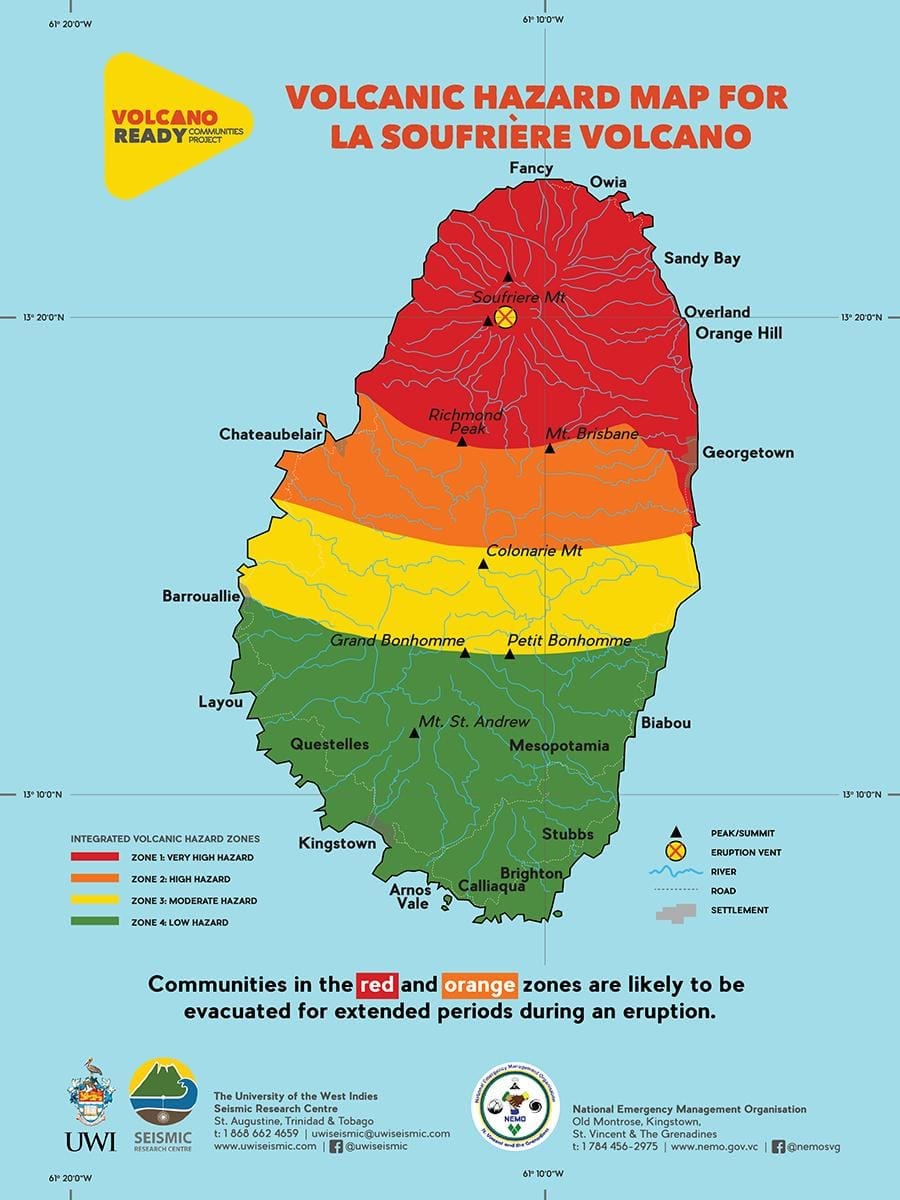 The volcano entered a state of “explosive eruption” Thursday morning at 8:41 a.m., with photos and videos popping up on social media showing the mushroom-like cloud above the volcano top. Volcanic ash was reported as far as the Argyle International Airport, and a Notice To Airmen (NOTAM) was issued, ordering the immediate closure of the airport to all flights except humanitarian missions.

Evacuation operations are still underway for those living in the affected areas, with many being transported to safer parts of the island via buses and ferries. A number of cruise ships have also arrived to help shuttle residents to neighboring islands including St. Lucia, Grenada, Barbados and Antigua.

Video from the GOES-16 satellite shows the extent of the ash clouds being blown to the north east, extending as far as Barbados. The Barbados Meteorological Services has reported that ash has traversed over the island (about 105 miles/170 km away from St. Vincent), but has not proven to be a challenge as ash content was in very thin concentrations.

#LaSoufrière, a volcano on the island of St. Vincent, has just erupted. 🌋

The volcanic ash plume is visible on GOES-16 imagery. pic.twitter.com/yNW9E0uuJU

Here are a few videos and photos from Twitter.

As the ash settles following this morning’s explosion, videos continue to come in showing the aftermath #LaSoufriere
Source: undetermined pic.twitter.com/VzWtYFV1up

View of #LaSoufriere from offshore St. Vincent on the Windward side of the island, where ash is mainly moving eastward at the mid and upper levels of the atmosphere.