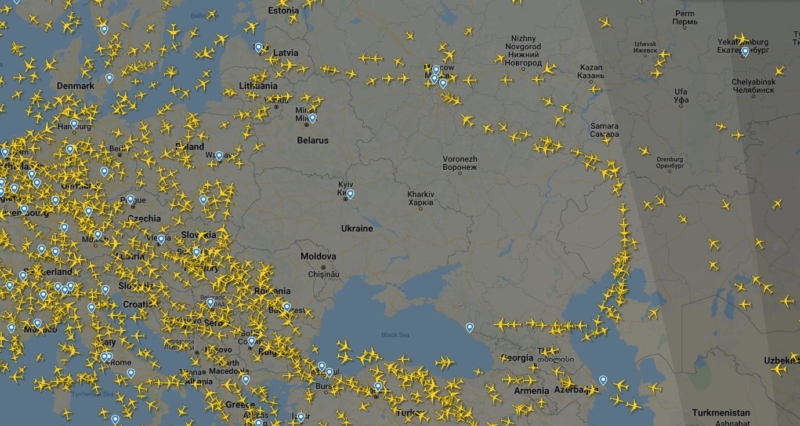 After the closure of Ukrainian and Moldovan airspace, some airlines have already started taking precautionary measures to avoid further fallout from the ongoing war between Russia and Ukraine. Even though no Russian airspace closures have been announced, some airlines have started canceling flights to/from and within Russia to avoid finding themselves in potential hostile airspace if military action spreads beyond the Russian/Ukrainian border.

This article will be updated with relevant information about major flight cancellations to/from and within Russia.

Japan Airlines Cancels Flights To and From Russia

Japan Airlines (JAL) was the first major international carrier to announce service cancellations. The airline has decided to assess the situation on a day by day basis, announcing that service between Haneda (HND) and Moscow (SVO) will be cancelled on February 24 and 25 thus far. Flights to European destinations will also avoid Ukrainian airspace as per a recent NOTAM preventing commercial flights from traveling through the airspace. JAL will provide further updates and will resume flights once they feel it is safe enough to do so.

Our flights to/from Europe do not fly over Ukraine and so we will continue to operate our flights after confirming the safety of the air space.

Pobeda Canceling Some Flights Within Russia 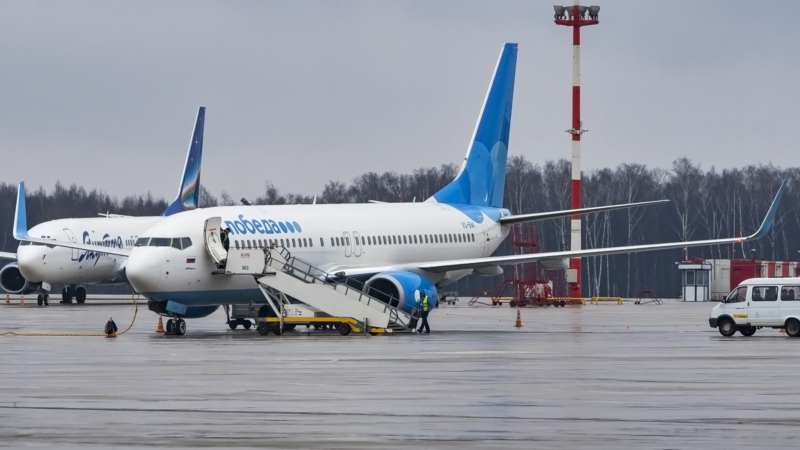 Russian-based ultra low cost airline Pobeda has also started cancelling some of its flights within the country. The airline announced that some flights will be canceled through February 26th, and that affected customers will be fully refunded. Pobeda will also assess the situation on a daily basis and will contact affected customers accordingly. Most of the affected flights are to cities in southern Russia near Ukraine.

Pobeda Airlines (Aeroflot Group) is forced to adjust the schedule in connection with the decision of the Federal Air Transport Agency to impose restrictions on flights. Pobeda urges all customers whose flights are scheduled for February 25-26, 2022 to follow the alerts from the airline. The schedule will be updated as additional information becomes available.

Turkish Airlines has issued cancellation notices for Ukraine, Moldova and Russia. So far flights from all Turkish destinations to Rostov-on-Don (ROV) have been canceled through March 4. Affected passengers will be compensated accordingly, and the situation will be assessed on an ongoing basis. Flights to Moscow are still scheduled.

British Airways Cancels Flights To and From Russia 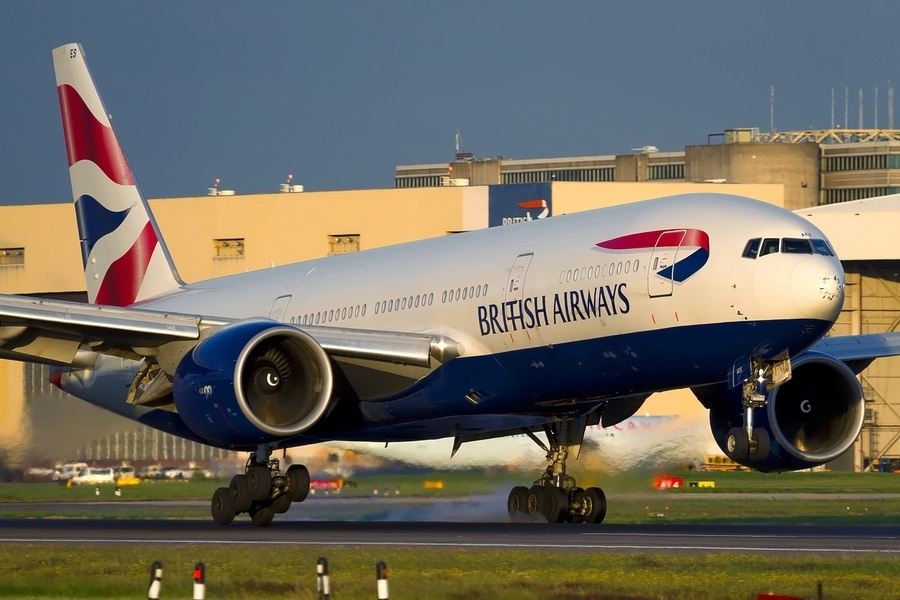 “The impact for us is not huge because right now we are only flying to a small number of destinations in Asia and we can reroute our flights.”

All Israeli Flights To And From Russia Canceled

Various Israeli-based news websites are reporting that flights between Israel and Russia have been suspended as of February 24. None of the airlines flying between the two countries have issued statements yet, but all flights between Tel Aviv (TLV) and Moscow Sheremetyevo (SVO) and Domodedovo (DME) are listed as canceled.

Based on the latest NOTAMs, Russian-operated flights have been severely crippled with the closure of a number of airspaces across the northern hemisphere. Canada, Greenlands, and most European Union countries have restricted Russian-operating flights. As of the 27th, the following EU (and UK) countries blocking Russian activity are as follows:

Most Aeroflot flights affected by the ban have either diverted back to Russia, or are burning the midnight oil trying to get back home before all the bans come into full effect.

First, we are shutting down the EU airspace for Russian-owned, Russian registered or Russian-controlled aircraft.

They won’t be able to land in, take off or overfly the territory of the EU.

Including the private jets of oligarchs. pic.twitter.com/o551M9zekQ

Based on published NOTAMs this is now the airspace unavailable—or will soon be unavailable—to Russian flights. NOTAMs available at https://t.co/3GtCYRmZUQ pic.twitter.com/Bp9pg276yq