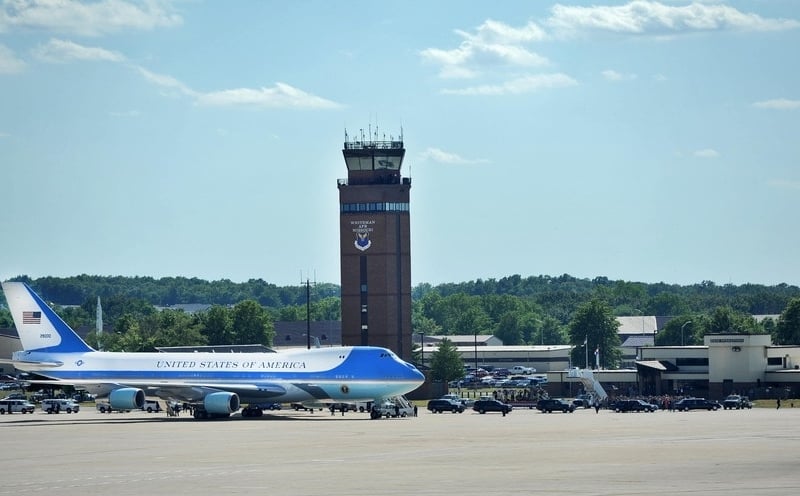 U.S. President Donald Trump has announced in an interview that the next generation VC-25 presidential transport jets will feature a new red, white, and blue livery, instead of the iconic baby blue that we have grown accustomed to over the decades gone.

Dubbed “Air Force One” when the U.S. President is on board, the next generation VC-25Bs (2 highly modified Boeing 747-8i) will feature a new paint of coat, according to Trump during an interview with CBS.

The two new 747-8is (registered as N894BA and N895BA during testing) were originally carded to be delivered to Transaero, but after the Russian airline went belly up in 2015, they were parked up and eventually sold to the U.S. government at a heavily discounted price, well below the $386.8 million original price tag. The two four-engine birds will be ready for service by 2021, and will sport the new livery when presented to the public. However, Trump would need to retain his position for a second term in office to actually get a chance to ride on the new VC25Bs.

Trump’s decision to use the red, white, and blue theme was so that it would reflect something “more American”.

Besides saying goodbye to the baby blue livery, he wants to refresh the interior to reflect what he was accustomed to on his personal Boeing 757. All gold everything?

The VC-25As (modified Boeing 747-200Bs) adopted their blue and gold theme from the previous VC-137 (modified Boeing 707). When the U.S. Air Force first purchased the C-137 Stratoliner, they suggested a red and metallic gold theme. However, then President John F. Kennedy felt the design was a bit too regal, and on advice from his wife, First Lady Jacqueline Kennedy, met with designer Raymond Loewy who eventually presented the idea of using two-toned blue, white, and polished metal combo, with the words “United States of America” written in all caps across the body.