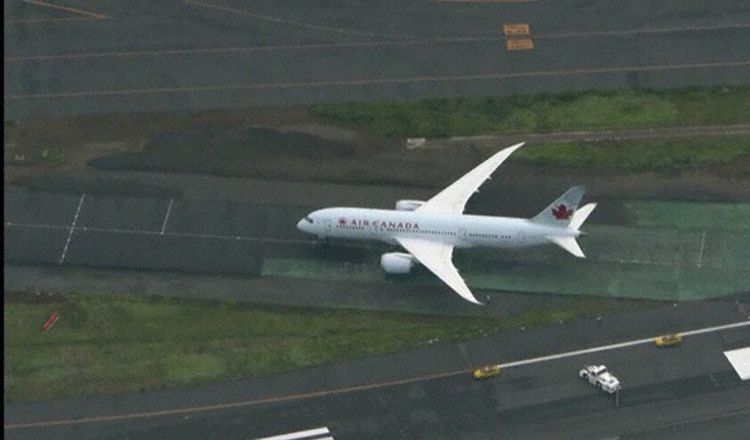 Air Canada flight 5 (AC5) from Montreal, Quebec to Tokyo Narita, Japan (arriving on July 30th) got into a sticky position after exiting the runway via a taxiway that was still under construction.

The Boeing 787-8 (registration C-GHPV) touched down at 3:45PM local time on runway 16L and vacated via a taxiway that was still being constructed. The aircraft entered at taxi speeds and soon became stuck, forcing authorities to close the runway as the aircraft’s tail has not cleared the runway’s protected area.

The taxiway (located just before taxiway B7) was only partially paved. The uneven surfacing made it difficult for ground crews to use tugs to pull the aircraft out. As a result, the runway was closed more over 6 hours as ground ops tried to figure out how to safely get to the aircraft to pull it out. Prior to the incident, there were no NOTAMs, physical barriers, or warning lights indicating no access.

Six departing flights were cancelled while some arriving flights had to be diverted to other airports during the closure.