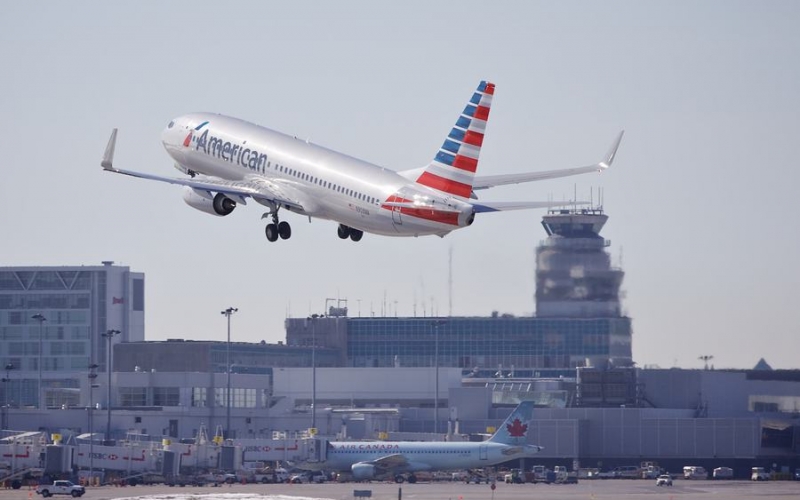 Falling asleep on the train or the bus is one thing, but falling asleep in an airplane’s cargo hold and getting a free ride is a whole different story. At least that’s the case for one baggage handler.

On October 27th, an unnamed 27-year-old male ramp service agent employed with Piedmont Airlines, was loading cargo onto an American Airlines Boeing 737-800 at Kansas City in Missouri destined to Chicago, when he fell asleep inside the cargo hold due to him being intoxicated. Flight 363 departed at 5:52 AM local time and arrived in Chicago 1 1/2 hours later, with the employee still inside the hold.

Luckily for him, he was located in a pressurized and temperature-regulated storage compartment, which means that he may not even have noticed that he got a free ride to a completely different state.

The crew closed the door to the forward cargo hold without checking it (where the employee fell asleep), as there were no bags loaded in that compartment.

Once discovered in Chicago, he was interviewed by both local police and the FBI. After informing them that he was recovering from a heavy night of drinking, and merely fell asleep on the job, they released him without charge. However, the airline has suspended the employee pending a further investigation.

American Airlines released the following statement to the media.

A Piedmont Airlines employee, who was working an American Airlines flight on the morning of October 27 at Kansas City International Airport (MCI), inadvertently fell asleep in the forward cargo hold of a Boeing 737-800 aircraft. The flight subsequently took off with the team member in the cargo hold, which was heated and pressurized. The flight landed safely at Chicago O’Hare (ORD) at 7:09 am CT and taxied to the gate. The team member was then discovered upon arrival at the gate in Chicago. Our top priority is ensuring the well-being of the Piedmont employee. He did not request any medical attention upon arrival in Chicago, and we are grateful that he did not sustain any injuries. The American team is very concerned about this serious situation, and we are reviewing what transpired with our Piedmont and Kansas City colleagues.

Arrangements were made for the ramp agent to the flown back to Missouri, this time in the main cabin.