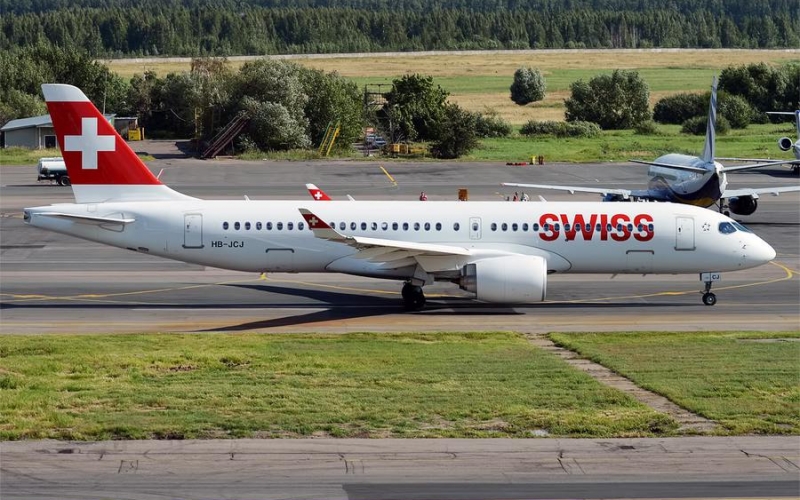 One of Airbus’s major selling points for the A220 is its really quiet Pratt & Whitney PW1500G engines, but a unique quirk is causing quite a stir in neighborhoods around Zurich.

There have been a number of complaints from citizens near the airport in Zurich about Swiss’s Airbus A220s (formerly Bombardier CSeries), not because of traditional engine noise, but rather due to a weird “howling” sound that last for a few seconds during its approach. The sound is only heard at lower engine speeds, when the throttle settings are adjusting during approach into Zurich Airport (ZRH).

Residents describe the sound similar to the “mating call of an orca whale”, saying it was “even louder than other machines flying in.”

Klaus Stoehlker, spokesman for the Zurich-based Foundation Against Aircraft Noise, told Bloomberg that nine months after Swiss promised to look into the matter, the airline has yet to come up to a solution to the unusual problem.

Zurich Airport has received quite a number of phone calls about the strange noise, and are working with the airline on the matter, but says that the aircraft does not violate any noise restrictions, and would not pay higher fees that come with jets making noise above set standards. A representative from Pratt & Whitney also defended their engines, saying that the PW1500s used on the A220s are 75% quieter than engines on older planes.

The airline is still working with the manufacturer to overcome this qualm as one of the bigger selling points for the A220 is its lowered noise levels, making it a good pick for operations at noise-limited airports. An issue like this can turn off other airlines from considering the A220 if it raises enough concern for stakeholders around the airports that have noise restrictions.