Many seasoned travelers know that moderate to severe turbulence is no joke. Every year, there are guaranteed to be news stories about passengers being injured as a result of this phenomenon, and even with aftermath photos, surprisingly some travelers still choose not to buckle up even when advised to.

On June 16, an ALK Airlines Boeing 737-300 was performing flight VBB7205 from Pristina, Kosovo (PRN) to Basel, Switzerland (BSL) with 121 people on board. About 30 minutes before landing, the pilots were flying over South Tyrol, Italy and started deviating around a storm cell. As they expected some turbulence, they informed passengers to fasten their seats belts.

A downdraft resulted in the aircraft immediately losing altitude, momentarily sending one of the flight attendants and her drinks cart airborne, hitting the ceiling in the process. 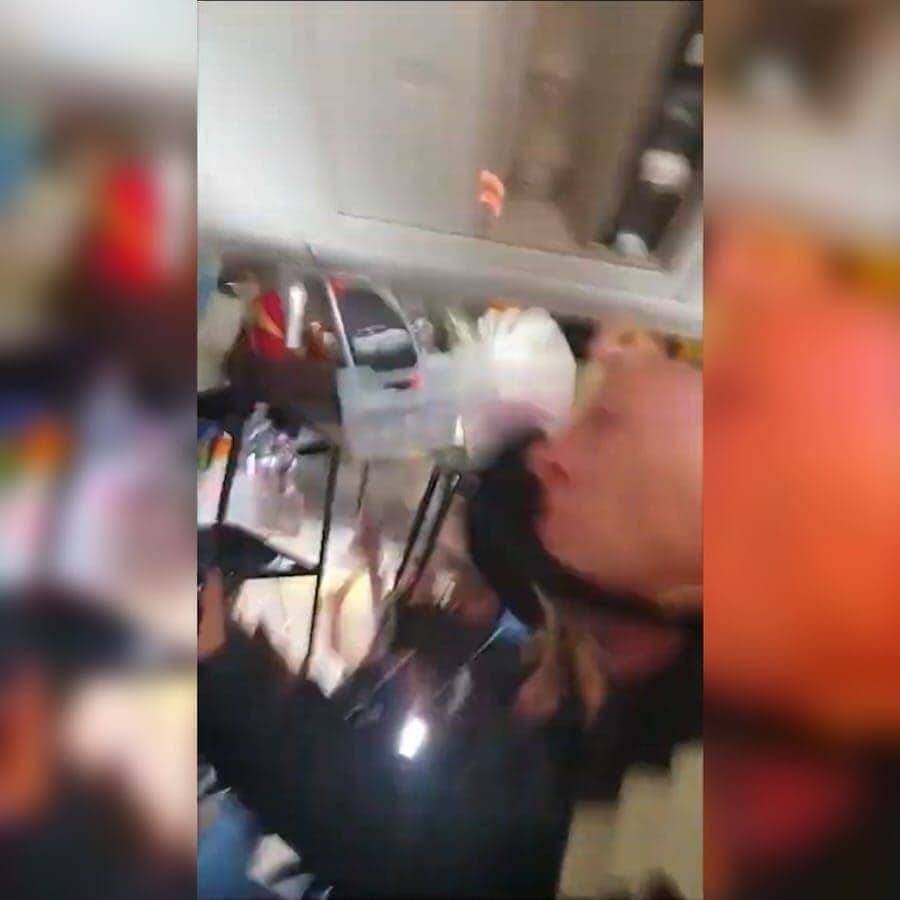 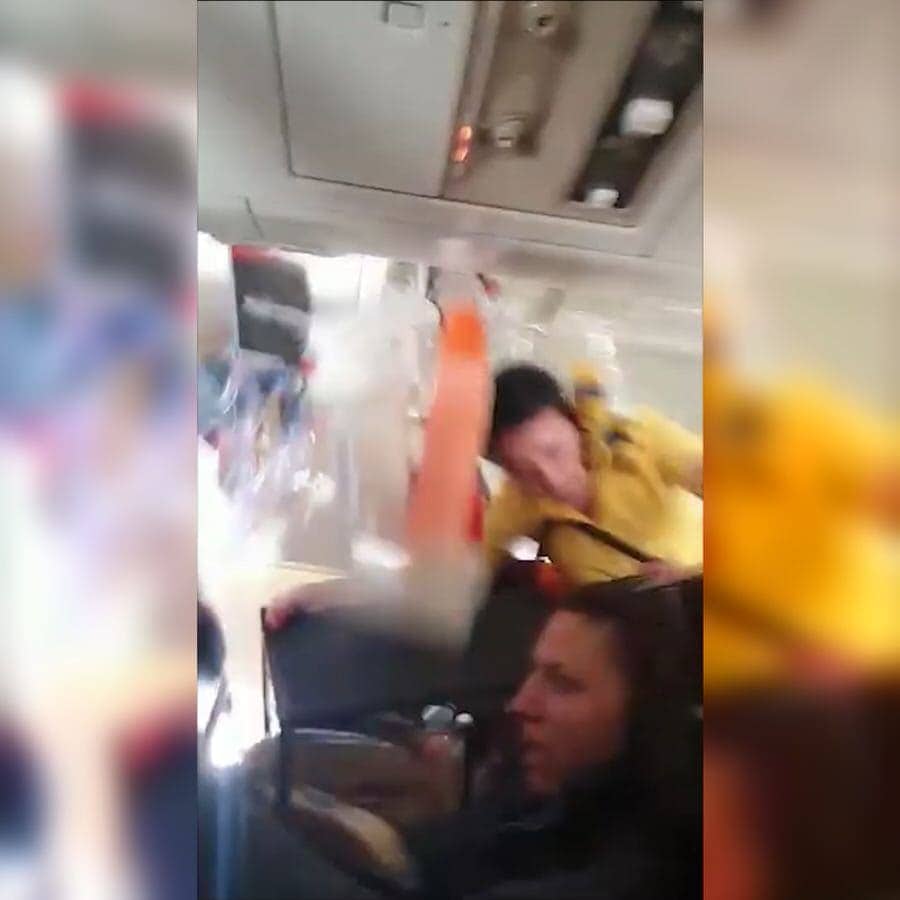 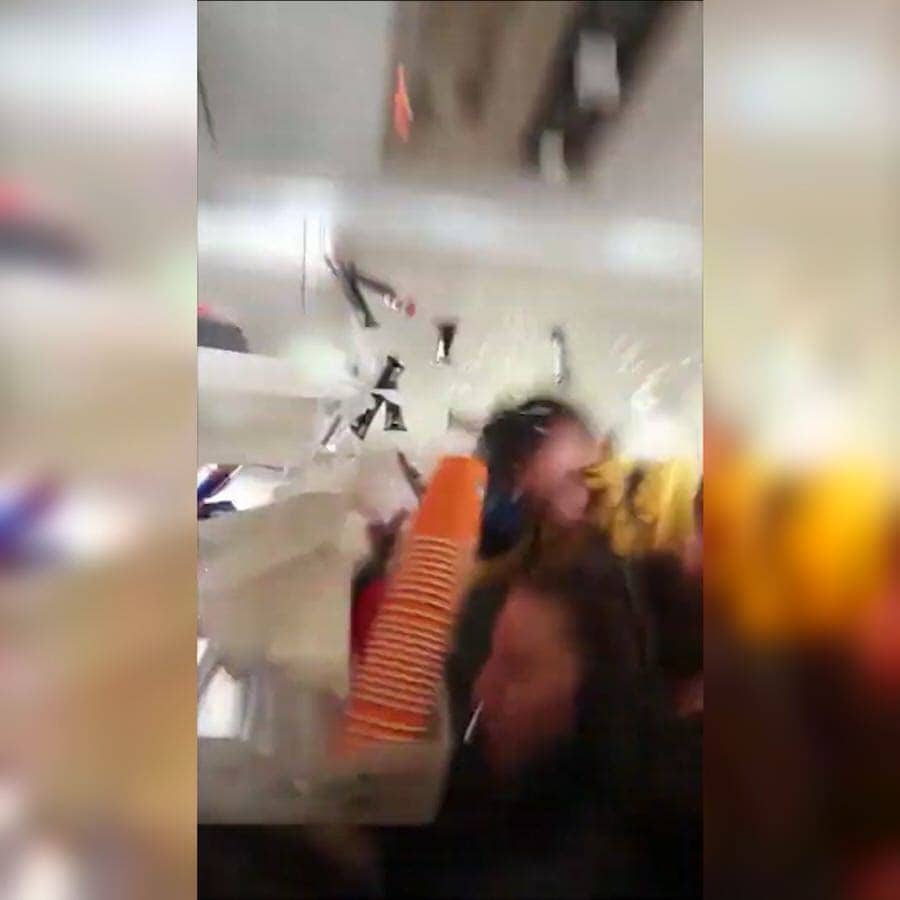 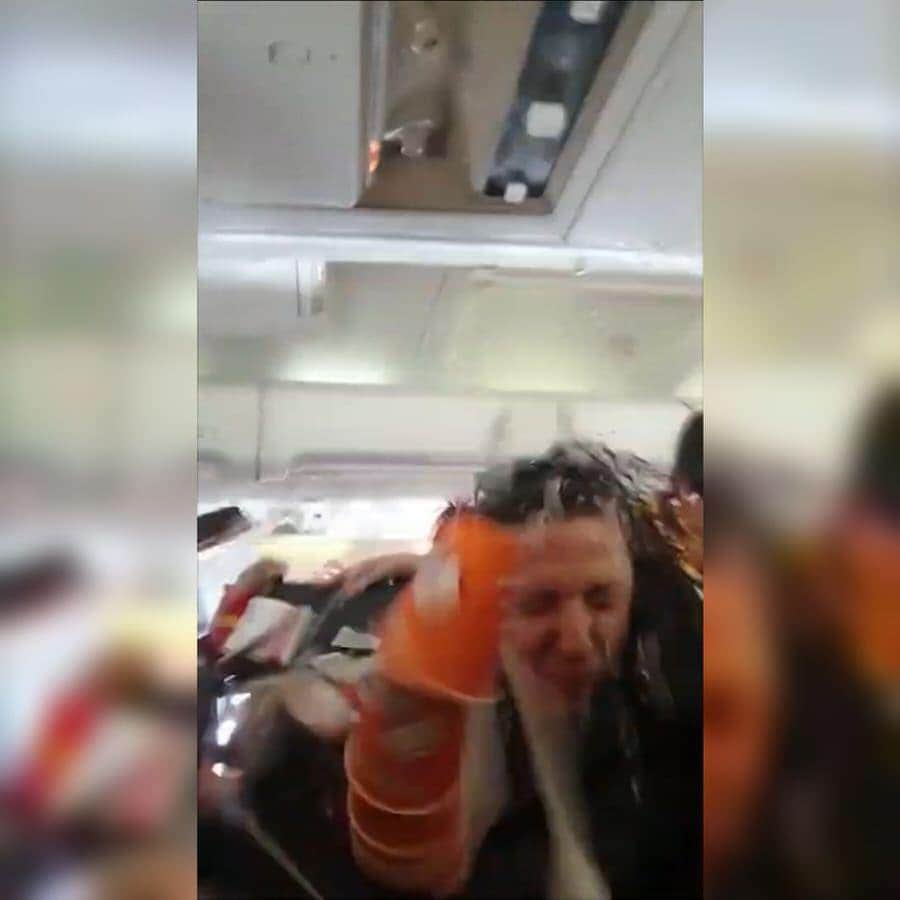 Cups, condiments, and drinks were thrown everywhere, and one passenger could be seen praying as the crew member tried to sort herself out after the dramatic incident.

The pilots immediately requested a lower altitude as they continued to try to avoid the bad weather, eventually touching down safely in Basel half hour later.

According to 20 Minuten, one passenger (besides the flight attendant) was also thrown against the ceiling, resulting in his head bleeding from an injury.

Another passenger, Mirjeta Basha, said that, “people started screaming and crying. A flight attendant slammed her trolley on the ceiling. Cups flew around, some were scalded by hot water.”

There were unconfirmed reports that seats had been ripped from their anchorages, but the airline later refuted those claims. However, there were photos of a seat arm and seat belt being torn off in the process. It is still unclear if the passenger that hit his head was the one whose seat belt became unhinged. 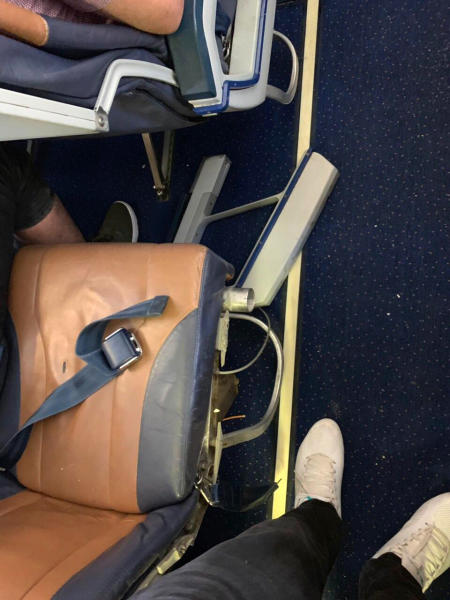 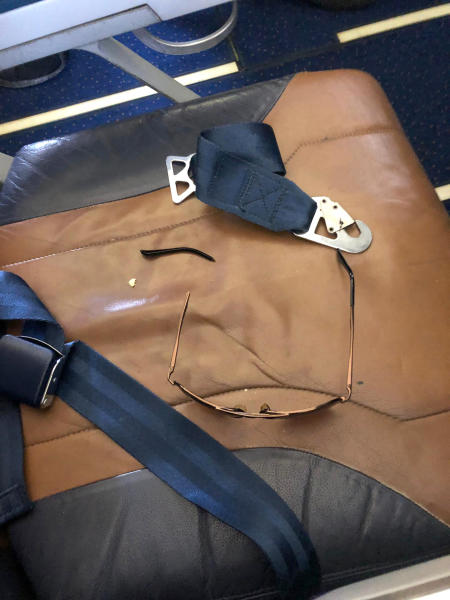 The airplane was deemed safe and made the return flight (VBB7206) to Pristina.

If you still choose to ignore calls to put on your seat belt during turbulence, we hope this video changes your mind.