Watch as Piper Malibu slams into snowbank at Courchevel Altiport 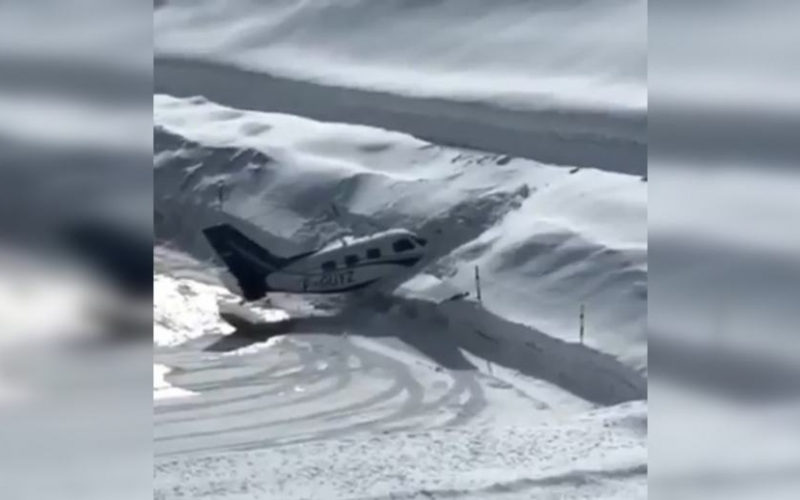 Dramatic winter crashes aren’t only captured on dashcams, as the crew of this Piper Malibu can tell you.

On February 8 around 11:30AM local time, a Piper PA-46-350P Malibu Mirage (registered F-GUYZ) touched down at the Courchevel Altiport which serves the Courchevel ski resort in the French Alps in France. While attempting to bring the aircraft to a stop, the crew was unable to slow down in time, resulting in them slamming into the nearby snowbank located just off the edge of the runway.

In the video, the Malibu Mirage is seen decelerating while coming over the apex of the runway, but with slick conditions, you can hear the aircraft’s tires squealing over the slippery surface as the pilots tried unsuccessfully to avoid running off the edge.

According to Le Dauphiné, four of the five occupants on board suffered minor injuries and were taken to a nearby medical office for the appropriate treatment. Up to the time of publication, it was unclear how much damage the aircraft sustained.

Courchevel Altiport is located 6,588 feet above sea level in the French Alps and has always had a reputation for its tricky landings and takeoffs. With a runway just 1,722 feet in length and a slope at an 18.5% gradient in the center, this altiport has always made its way into many of today Internet’s top 10 lists of most dangerous airports to fly into and out of.