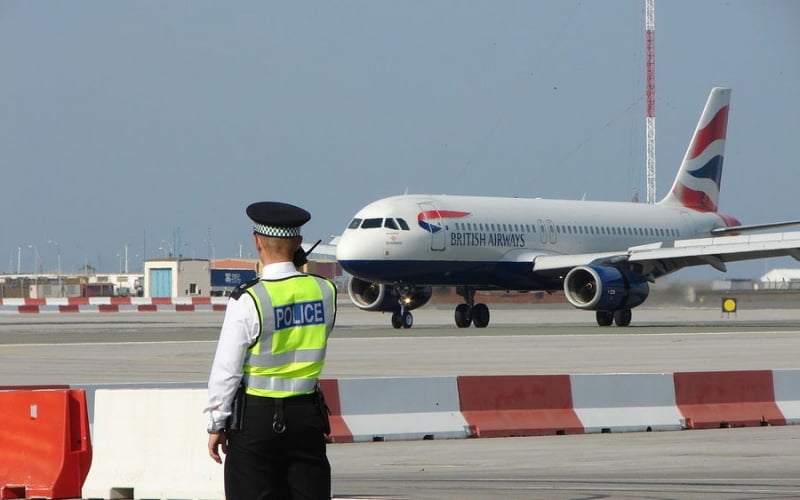 If you’re an aviation geek, you would know that landing at Gibraltar International Airport could sometimes be tricky because of the strong winds around the Rock of Gibraltar. On some occasions, flights are outright canceled depending on the direction from which the wind blows.

On February 25, British Airways flight 492 from London Heathrow (LHR) to Gibraltar International Airport (GIB) was on final approach into Gibraltar when the crew encountered gale force winds. The crew opted to go-around, but during the procedure, the winds rocked the Airbus A320 from side to side, catching the attention of many curious and concerned onlookers on the ground.

Given the circumstances, the crew decided to play it safe by diverting to Malaga Airport (AGP) in Spain, which is about 60 miles/95 kilometers away.

A British Airways spokesperson released the following statement: “The flight has landed safely and passengers have left the aircraft normally. Due to strong winds in the Gibraltar area, our pilots decided to land in Malaga as a precaution. The safety of our customers and crew is always our number one priority.”

Passengers were later shuttled to Gibraltar via bus.

One of the videos which first emerged on the Rock Radio Gibraltar Facebook page had many questioning the authenticity of the situation, but as more social media users uploaded their own clips from different angles, it was clear that the BA crew had a rough time during the approach and go-around.

Passengers on board were prepared for a rough landing, but many were surprised as to how sharp the plane’s bank angle was as the crew tried to regain stability. When asked about the rather calm atmosphere on board, one of the passengers said that most people were in shock and awe and really did not know how to react at the time.

It was bumpy for a British Airways flight which was forced to divert landing at Gibraltar International Airport Monday because of extremely strong winds.

Another angle of #BA492 today in LXGB Gibraltar, not my video but u found it on local social media group @KayBurley pic.twitter.com/zDhkGMpahZ

That’s some serious banking…😳 Even when on a delivery flight and our aircraft performs wing-wave, it isn’t as sharp pic.twitter.com/6gFiUz0i5V