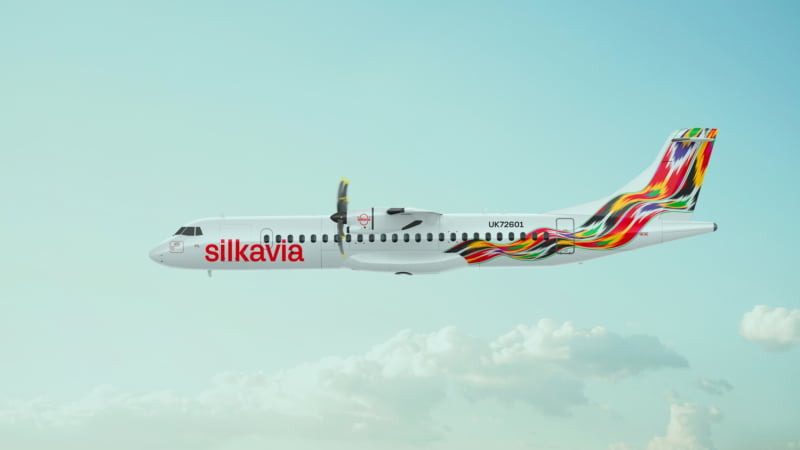 To spur economy development and boost tourism within Uzbekistan, the Uzbekistan Airports Joint Stock Company was formed in 2019, tasked with building a number of airports across the country to increase connectivity. On top of that, they also formed a new regional airline called Silk Avia.

With that in mind, Silk Avia has signed a Heads of Agreement (HOA) for the acquisition of five new ATR 72-600, three directly from ATR and two from a lessor. The HOA is a non-binding agreement and will lay the way forward for how the carrier and ATR plan to eventually reach a formal deal. The ATRs will be powered by the improved Pratt & Whitney PW127XT engines.

According to ATR, the newer engines save about 3% on fuel burn and cost 20% less in maintenance fees due to its simplified design structure. Silk Avia’s aircraft will also be the first new ATRs to operate in the whole Central Asia.

To get the ball rolling, the carrier will begin operations with three used ATR 72-600s, and will phase in the new acquisitions once they are delivered. Silk Avia plans to connect 11 domestic airports, and 7 additional airports in the future, with focus on increasing regional connectivity to the capital of Tashkent. With these new aircraft, it should translate to more cities being directly connected to each other within the country.

Rano Dzhuraeva, Chair of Uzbekistan Airports, said, “We are excited to be soon launching our operations with an all-ATR fleet. As a new low-cost airline, we undertook an extensive review of which aircraft would provide the best solution. Our selection of the ATR 72-600 is the perfect choice for us as they will ensure we can offer our passengers the most modern, comfortable and reliable experience in the most affordable and sustainable way.”

The airline is set to begin commercial operations from March 2023.