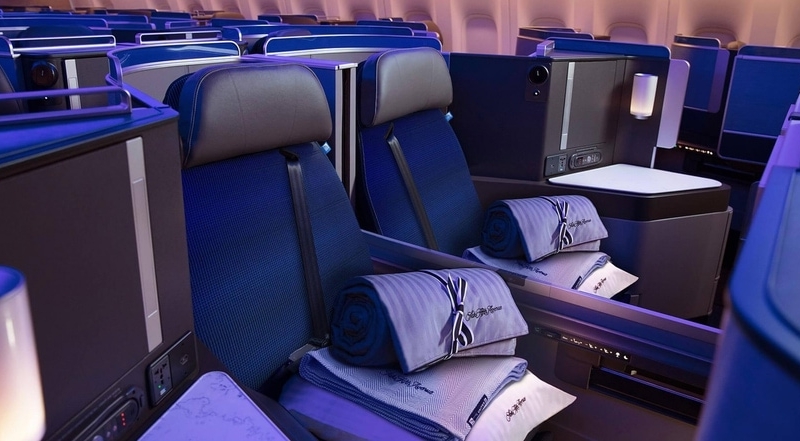 It’s no secret that United’s Polaris upgrades have not gone as smoothly as planned. It’s always challenging being marketed the Polaris product, only to still get an older form of their business or first class product.

Thankfully the airline is slowly getting a hold of the situation. Their 777-300ERs and 787-10s both came with new Polaris business seat straight from the factory, while the majority of 767-300ERs and 777-200ERs have received retrofits, with the outstanding carded for upgrades by the end of 2020.

One of the biggest pain points was that none of the 787-8s or -9s had their seats retrofitted as these are generally used to service some of United’s longest routes. That’s about the change as the airline has completed upgrades to its first 787-8 and is currently putting in new seats in one of their 787-9s.

According to FlightRadar24, the aircraft registered N27908 is expected to make its first journey from San Francisco (SFO) to Washington (IAD) a UA1912 later tonight, and will start its first long haul to Beijing (PEK) as UA807 on January 9.

It is expected that the remaining 787-8s and -9s will receive proper Polaris treatment within 15-18 months. Some will be upgraded during their scheduled maintenance cycles, but others will have to be temporarily pulled from the fleet specifically for the seat upgrade. It’s also noteworthy that United will take delivery of an additional 13 787-9s this year, with those having Polaris seats straight from the factory.

As for the fleet of 16 767-400ERs, they will be the last in line to receive Polaris treatment, with the first going into the shop some time this year.