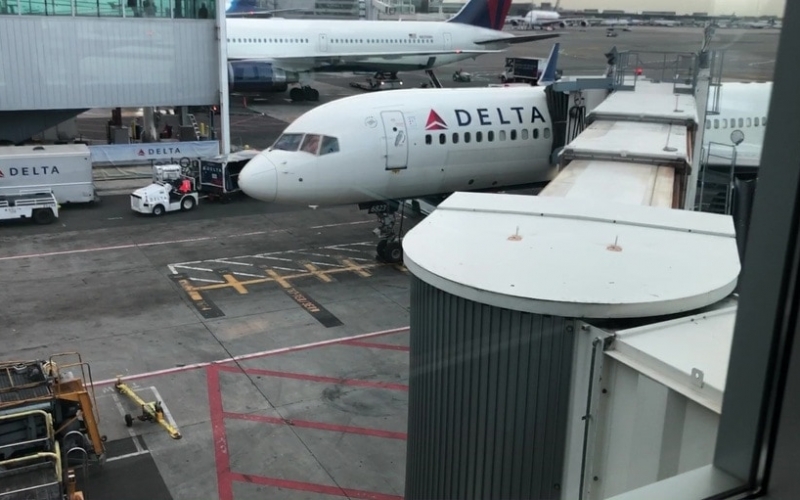 Just a week ago, we reported that the Transportation Security Administration (TSA) saw some of their highest daily screening figures after a very sharp decline in March.

On October 18, 2020, the TSA screened a record 1,031,505 passengers since the start of the pandemic. In comparison to the year before, the figure still stands at just 39% of the 2,606,266 passengers screened on the same day last year, but the slow increase still provides some uplifting news for the travel industry.

BREAKING NEWS: @TSA screened 1,031,505 people at security checkpoints nationwide yesterday, Sunday, Oct. 18. It's the first time volume topped 1 million since the pandemic low point of April 14, when 87,534 people were screened. It's still 60% lower throughput than one year ago.

For some context, here’s a comparison of the last 30 days, showing the general upward trend. The numbers tend to fluctuate quite a bit depending on the day traveled. For instance, the start of the week generally tends to have a lower throughput. Even in pre-COVID times, the comparisons show a somewhat similar history, so it would not surprise me if Monday’s figure (the 19th) falls well below 1 million). 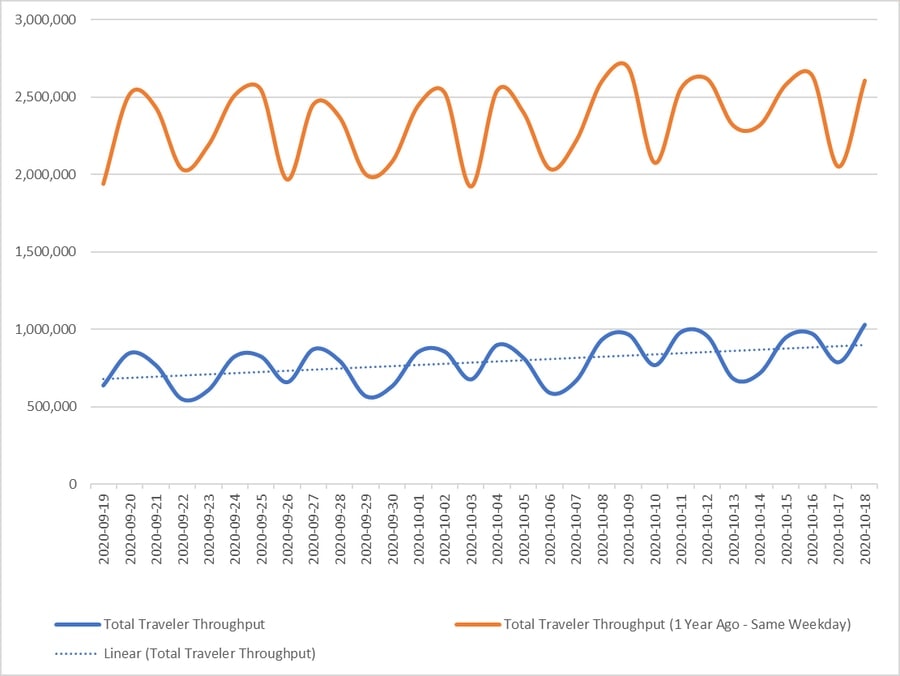 With the milestone noted, the outlook still stands the same as in my previous post. Numbers may continue to creep upwards with more people headed towards warmer destinations, but without the transatlantic travel being brought back on stream on a much larger scale, it would not surprise me if numbers start to plateau for the next few months.

Another major concern is the talk about a third wave of COVID cases, as 41 states are seeing rapid spikes in infections. Based on the latest figures, the United States infection rate is trending upwards, with well over 45,000 daily cases. Medical officials are one again calling for states to “pull back” as they head into the Christmas season.