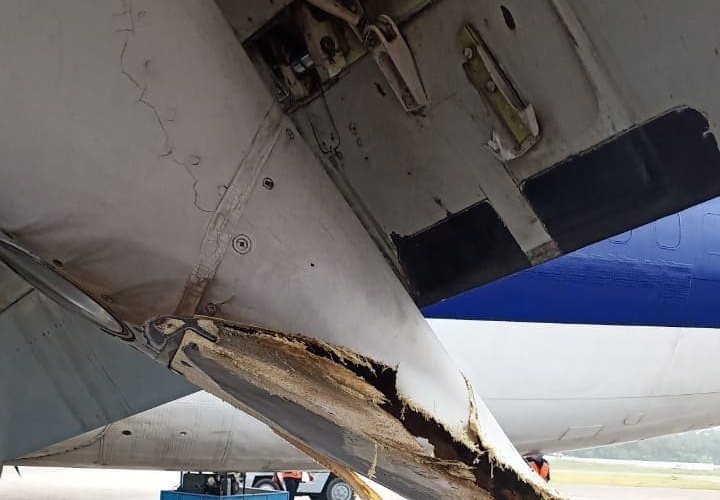 A Trigana Air Service 737-300 performing a cargo flight from Jayapura (DJJ) to Wamena (WMX) in Indonesia on July 28, 2020 clipped its left wing on landing after an unstabilized approach. The Boeing 737-300 (registered PK-YSZ) could be seen banking right on short final towards runway 15. Just before touch down, the crew tried to correct the approach with a left bank but ended up clipping the left wing in the process.

After the wing strike, the aircraft continued its landing without further incident. The matter is now being investigated by the Direktorat Jenderal Perhubungan Udara. According to AVHerald, there were two crew members on board transporting 14 tons of cargo. The incident did not result in airport operations being suspended.

From the photos, the strike resulted in damage to the left wing tip, outermost flap fairing, and a small section of the trailing edge of the outboard flaps. The aircraft involved in the incident is just over 34 years old. 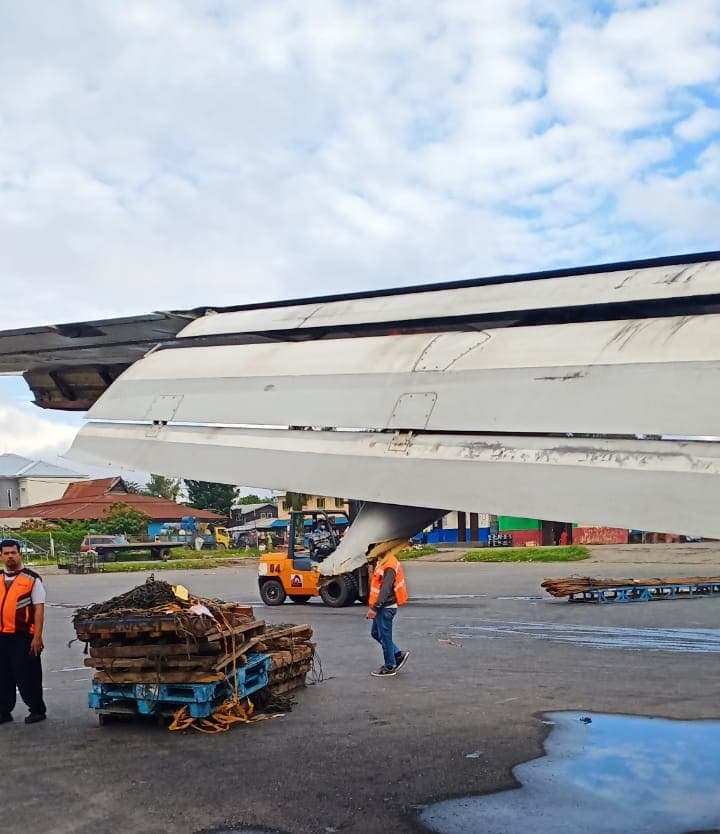