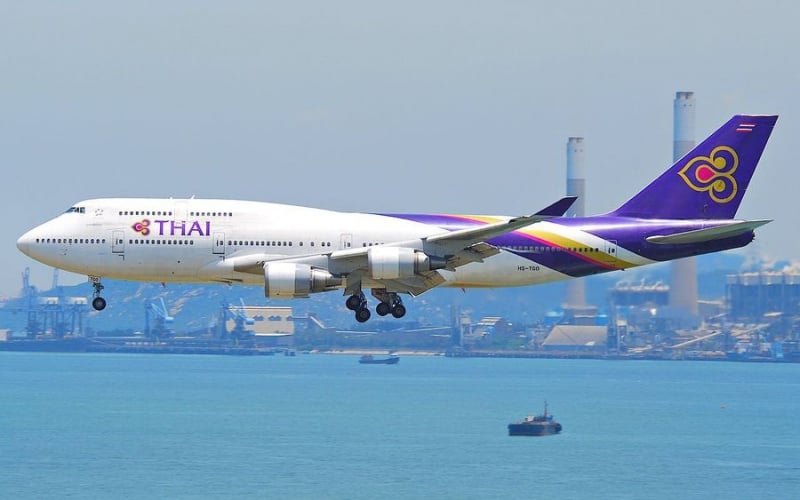 Another fleet of 747s bites the dust.

That’s the case for Thai Airways as the airline has put up 34 of its aircraft for sale, including its entire fleet of Boeing 747-400s. Like many other airlines, Thai has also been struggling to keep the light on, especially with Thailand’s borders still being closed. As a result, the airline was forced to put up some of its older aircraft for sale to help reduce further losses.

Thai Airways International Public Company Limited (“THAI”) would like to cordially to invite you to participate in the Bidding Process for the sale of THAI’s Used Aircraft with the registrations and the information below. The aircraft for sale include: A300-600, B737s, B747s, A340s, and B777s. All Aircraft data is subject to be verified/revised as necessary. All Aircraft are offered for sale on an “As-Is, Where-Is” condition. 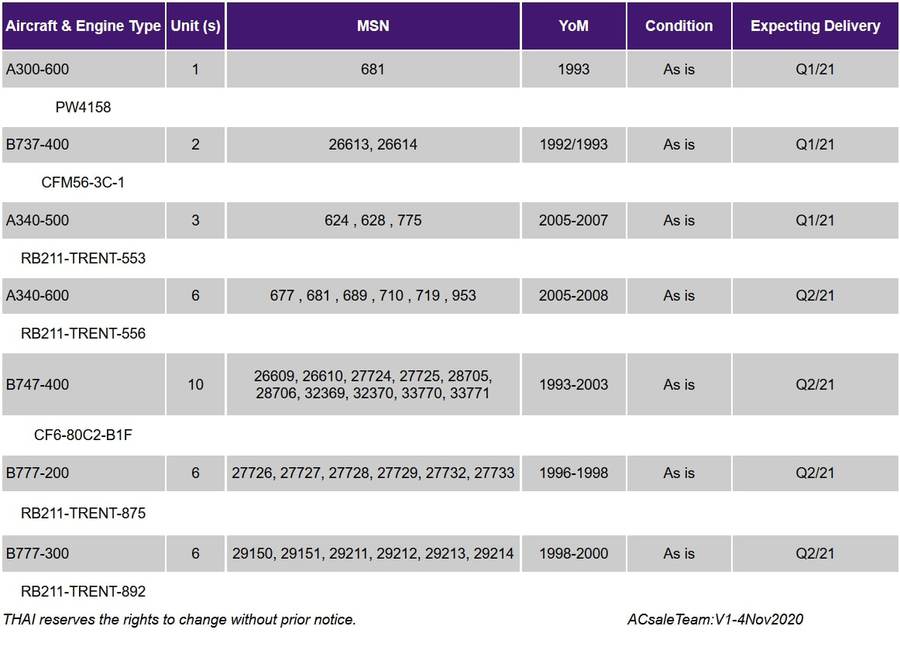 Hopefully the prospective buyers will be able to get a significant discount as some of these birds have been parked for many years, including their Boeing 737-400s, single A300 and A340s. Most of the aircraft will be available for delivery from the Q2 2021.

With the pandemic still suppressing travel globally, their Boeing 747s MAY end up finding new homes as freighters as even charter airlines like Hi Fly are also looking to ditch their heaviest birds.

In early 2020, Thai announced plans to modernize its fleet by retiring older aircraft (including its 747s and non ER 777s) over a period of four years, but with the pandemic putting pressure on air travel, they are now looking at a new timeline. No retirement plans have been officially announced though, and getting sales for these aircraft is not guaranteed either.

Assuming that they do find sales for their older heavies, it will leave Thai will a smaller fleet including:

If you still haven’t flown on a 747, here are the few remaining airlines either operating them or planning to bring them back into service in the near future.