One TikTok user has been banned from flying with Spirit Airlines for two years after posting a baggage ‘hack’ that ended up being viewed by millions of users.

For those not familiar with Spirit’s baggage policies, they allow one free personal carry-on item such as a purse or laptop bag measuring 18″ x 14″ x 8″ or less. Bigger (standard) hand luggage items that usually get stored in the overhead bins carry an additional cost given Spirit’s low cost model.

In the original video posted in September, user @robkallday is filmed modifying his boarding pass with a PDF editor, changing the “Carry-On Bags” entry from “0” to “1”. When he uploaded the video, he did mention that he did not actually test out the hack, saying “[d]idn’t actually do this, my bag fits”. 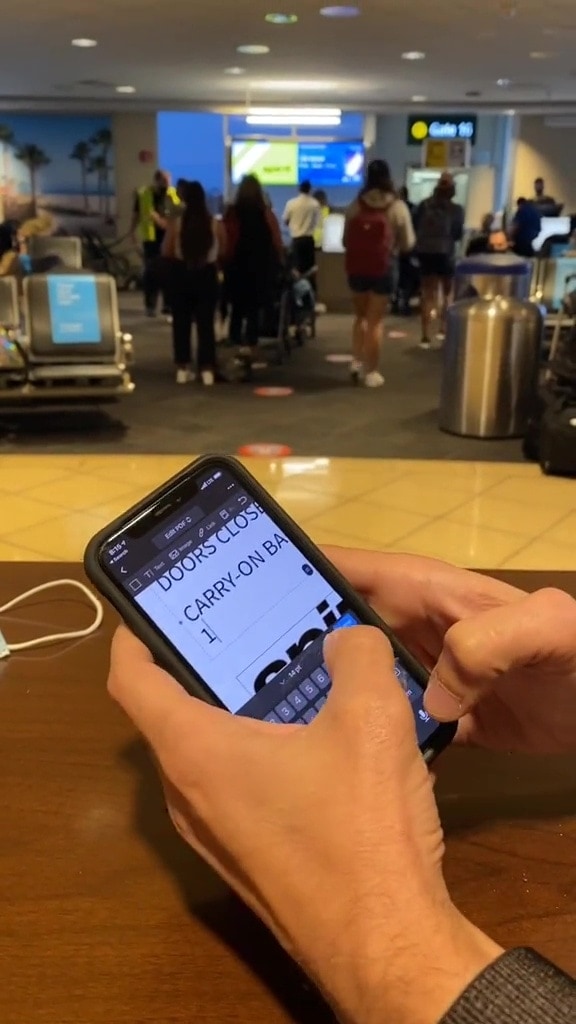 The video which ended up garnering millions of views apparently caught the attention of Spirit Airline, and in a follow up video, @robkallday said that he was banned from flying with the airline for two years for trying to manipulate their boarding pass information. Here is a copy of the letter:

As you know you created a video on the social media platform “TikTok” showing users how to manipulate a Spirit Airlines boarding pass and fraudulently indicate they paid for a carry-on bag to the financial detriment of Spirit Airlines. Additionally, as evidenced in the video’s comments, you have also been advising users specifically on what cell phone application should download to carry out the scam.

In light of this egregious misconduct, Spirit Airlines has determined that you are no longer permitted to fly with us and we have placed you on a list for this purpose. You are also barred from entering Spirit’s facilities. If you seek to circumvent this any ticket that you purchase will be forfeited without a refund. If you come into our facilities we will report that trespass to the appropriate law enforcement authorities.

Should you wish to travel on Spirit Airlines again in the future after the passage of at least two years from the date of this letter, you may request that we revisit the foregoing restrictions. You may do so only by a letter explaining why we should reconsider the restrictions and giving unequivocal assurances that you will conduct yourself appropriately in the future. The foregoing is extended solely as a courtesy and not as a right and we may determine not to lift the restrictions in our absolute discretion.

The TikTok user was given the opportunity to request to have the ban lifted after a two year period on the basis that he give “unequivocal assurances” that he conduct himself in a more appropriate manner in the future.

Somehow I don’t see this travel hack working in a real-life setting as I’d think an airline focused on trying to make as much money from add-on items would have some way of easily verifying the bag status on their system. The only way this would be plausible is if Spirit’s gate agents were allowing larger bags onto their aircraft solely by looking at the code on the printed ticket.

Nonetheless, if he did manage to get an extra bag on thanks to his ‘hack’, then he would be scamming them airline. For starters, standard carry-on bags carry a fee ranging from $26 to as high as $76 depending on at which stage you choose to pay for it. Multiply that figure by a few hundred or even a few thousand people and you see how the dollars add up.

Now let’s imagine an unlikely scenario where almost the entire flight somehow manages to get an extra bag on at no cost. The scenario could create performance issues for the aircraft as there would be a weight discrepancy between what was entered versus the actual gross weight of the loaded aircraft.

While @robkallday may not have actually defrauded the airline, Spirit’s actions to protect their brand seem justified as their entire pricing model revolves around selling additional perks. It might seem like penny-pinching for some, but unbundling fares actually works out for many who travel lighter when compared to what they may have had to pay with a legacy airline.