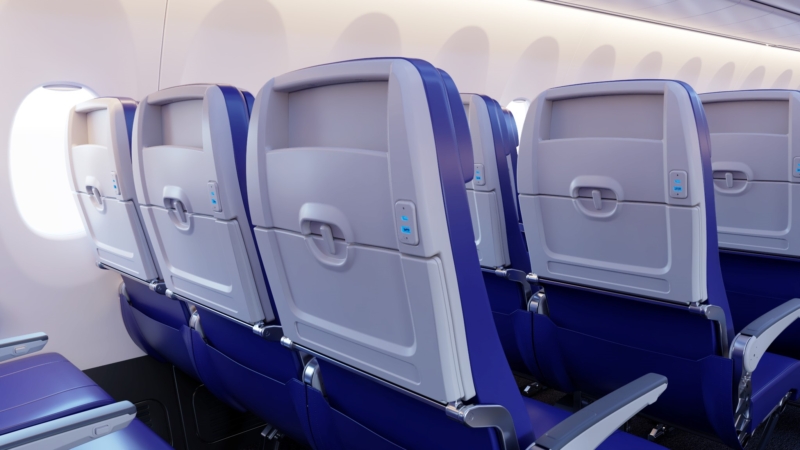 Southwest Airlines has announced a number of inflight changes in the hopes of making the flight experience a bit better. Two major changes include addition of USB power outlets and improved Wi-Fi speeds.

The airline is finally playing catch up by introducing power outlets on its fleet of 737 MAX aircraft. Southwest says the new USB-A and USB-C power outlets (no AC power unfortunately) will be integrated into its slim line seats, and will not come at the compromise of leg room. Unfortunately it’s still some time away as the first powered seats will be introduced as more MAXs are delivered in early 2023, with plans to retrofit the entire MAX fleet by the end of next year.

Unfortunately its fleet of 737NGs (737-800s and -700s) will not receive the same treatment, so if you’re looking for power on longer flights, you better hope the route is MAX operated. As of publication, the bulk of Southwest’s fleet still consists of NGs (453 737-700s and 207 737-800s). Their -700s are slowly being retired in favor of MAXs, but it will be quite a while before the entire fleet reaches full MAX status. The upside is that MAXs are being used on many of its longer haul routes, including all of its west coast/Hawaii routes.

Southwest has also begun the process of upgrading its fleet to significantly improve Wi-Fi speeds, with a potential speed bump 10 times that of what is being offered now. Thankfully this upgrade will extend to its entire fleet, with 50 aircraft expected to receive updates by the end of May, along with an end of year target of 350 aircraft. Southwest is working with its current partner Anuvu to facilitate these upgrades, and has also signed on with Viasat to equip aircraft being delivered from fall 2022 with its respective high speed Wi-Fi and streaming services.

Some customers may have already benefited from these upgrades as the airline has been testing Anuvu’s upgrades on select flights operating around the western mainland U.S., offering customers free access in an effort to stress test the new service. Hopefully it translates to free Wi-Fi in the future? It’s not surprisingly that the airline is moving quickly to address its connectivity issues as many other carriers have started switching to higher bandwidth services such as Viasat and Starlink, and are even testing the idea of free Wi-Fi on board.

On top of these two changes, the airline is also making it easier to book upgraded positions via its app and airport kiosks, so that passengers don’t have to line up at a counter. Its newer aircraft being delivered from 2023 will also benefit from even larger overhead bins, making it easier to store carry-on items.