Scientists able to scare away birds around airport with googly eyes 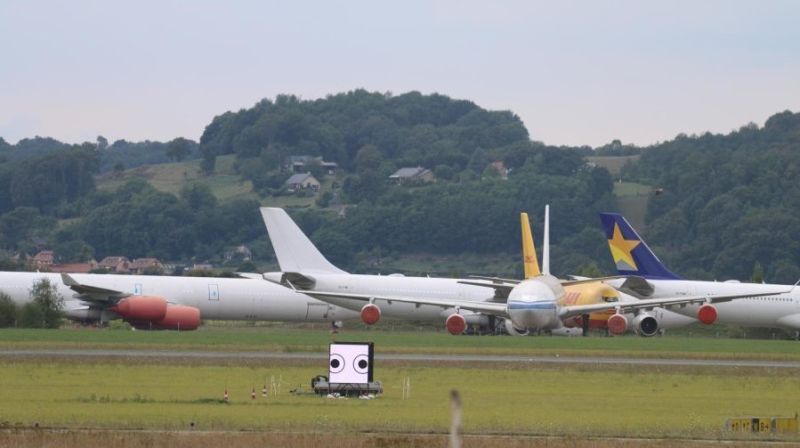 It’s no secret that birds and airplanes do not mix. Whether it be being sucked into engines or smashing through radomes and windscreens, birds pose a serious threat to the safety of airplanes taking off and landing.

In 2016, there were about 13,000 reported bird strikes at 662 airports across the United States. Raptors stood out as the biggest culprits as they are not easily deterred by other avian species (including man made types) or ground predators. While raptors can easily spot small moving prey on the ground, they don’t exactly have the best eyesight as they struggle to detect glass windows or fast moving objects such airplanes, until it’s too late.

Scientists have tried numerous techniques including using acoustic, visual, chemical or even lethal systems, to no avail as they never dealt with the problem in the long run. Most birds quickly became accustomed to the deterrents, making these methods ineffective.

However, researchers may have finally figured out a very simple way to keep some of the more difficult avian breeds from loitering around airports.

A team of scientists from the Centre National de la Recherche Scientifique (CNRS) and the University of Rennes tested a number of static and moving stimuli in a controlled captive environment. From all 8 superstimuli (and a control), only one proved to be truly effective. 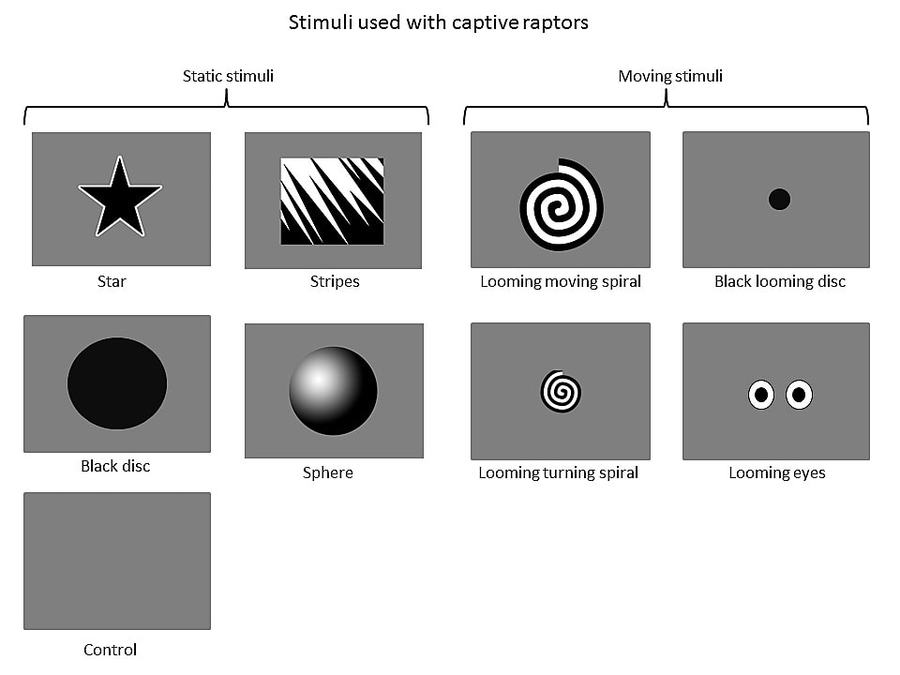 They found that after 300 tests in the closed setting, the “Looming eyes” worked very well at deterring raptors (as well as corvids). The looming eyes were cartoon eye balls displayed on a LED screen that constantly grew in size to create the illusion of an impending collision, triggering a natural avoidance mechanism.

The researchers then applied their findings to a larger scale setting at the Lourdes-Tarbes-Pyrénées airport in France, an airport where quite a number of birds (including raptors) are quite common to see.

They placed a big LED screen near the airfield for a period of five weeks. The team sighted over 8,800 birds over that period and found that the superstimulus was extremely effective at reducing the number of raptors loitering around the airport’s immediate airspace within eyesight of the screen.

They also noted that the raptors did not get accustomed to the superstimulus, even after the five week period. They did make mention that the raptor population was normal during the time the screens were not present.

While the looming eyes were effective at keeping away raptors and corvids, the illusion had no effect on other species such as passerines (e.g. great tits, blue jays, sunbirds) or waders.

The findings are still important as it demonstrates that some species of birds can be prevented from flying around certain areas using humane techniques.

Besides being used at airports, this simple but effective technology could be used in other applications such as near wind farms, communication towers, power lines, and other structures that raptors may not easily be able to see.

The study was published in the PLOS ONE journal.