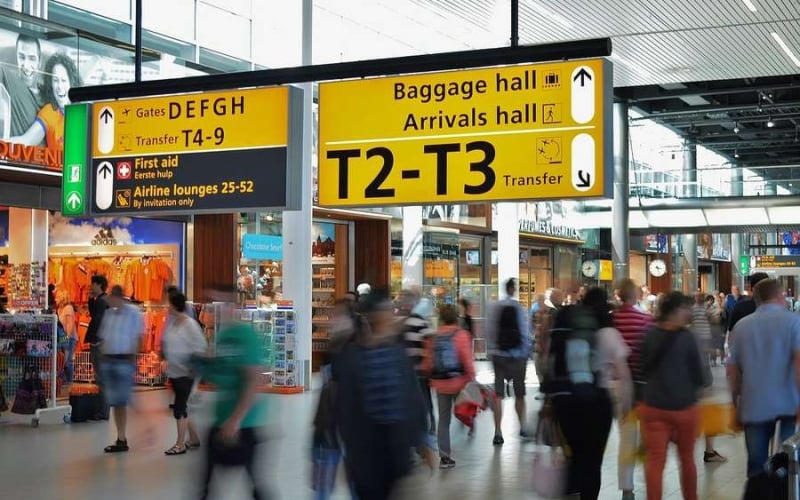 Depending on which airline you’re flying with and where you are flying to and from, a one way ticket might be much more expensive than flying round trip. So why not just buy a round trip ticket and not fly the return leg?

One way tickets can cost significantly more because of factors like scheduling inconveniences, taking advantage of the fact that business class travelers are willing to pay more to match their schedules, and simply trying to lock in return passengers to use the same airline with cheaper round trip tickets.

While looking up fares for planned trip next year, I decided to see if I could score a good deal on a business class seat. The aim was to fly a different airline in each direction so that I could clock in at least two separate trip reports versus two with the same airline.

While searching Lufthansa, I realized that the airline sold restricted but cheaper fares for round trip tickets, but only offered unrestricted fares for one way travelers.

As a result of this higher price point, savvy travelers sometimes use a technique called buying “throwaway” tickets to take advantage of the cheaper round trip fare versus having to pay more for a one way ticket. On the day of travel, they would simply fly to their destination and not use the return segment of the ticket.

This may seem like a smart tactic, and is widely recommended by many smaller travel bloggers, but the long and short is that many airlines frown upon this type of behaviour, and travelers can be and have been penalized for doing this. If an airline catches you out and wants to take action, their resulting penalty can range from charging you the difference in fare, confiscating your ticket on check-in at the airport, issuing a warning letter, or even barring you from traveling with them again.

The reality is that many passengers do this all the time, and most of them get away with it, but doing it one too many times could raise a red flag with the airline.

Every time you book a ticket, you are agreeing to the airline’s contract of carriage and most passengers fail to realize the repercussions that could come out of this, and in this scenario, some airlines usually have a clause to cover this type of exploitation. Here is Lufthansa’s take on the matter:

3.3.4.1. In the event that you do not use the return trip shown on the Ticket, and Art. 3.2.3. not withstanding, we shall recalculate and demand the price in accordance with the one way fare for the leg actually flown valid at the time of first issuance of the Ticket.

Popping over to American Airline’s contract of carriage page, and you quickly find a section that discusses fare exploitation.

Bookings made to exploit or circumvent fare and ticket rules are strictly prohibited. For example, you can’t buy a roundtrip ticket and only use the return flight; you can’t combine two or more roundtrip excursion fares end-to-end for the purpose of circumventing minimum stay requirements (back-to-back ticketing); and it’s illegal to book a ticket in someone’s name without the person’s consent.

If we find evidence that you or your agent are using an exploitive practice, we reserve the right to:

Turkish Airlines has a general policy regarding no-shows who fail to inform the airline from beforehand about them skipping a segment of their ticket.

6.5 NON USE OF RESERVED SPACE
A service charge, in accordance with the Carrier’s Regulations, may be payable by a Passenger who fails to use space for which a reservation has been made

Some airlines do not have any explicit policies about cases like this and will simply cancel the portion of the ticket (and any onward segments) that you fail to check in for at the boarding area. This means that if your ticket had two stops, and you missed the second segment, you would automatically be barred from boarding the third flight as well.

After browsing Emirates’ travel policies, I did not come across anything related to this matter other than cancellation of onward legs (return legs in this case).

There are websites like Skiplagged that find cheaper fares by looking for throwaway styled tickets or convoluted routes, but they explicitly do not link to any third party travel and airline websites, and once a recommendation is made (via a copy and paste link), you would still be subjected to the airline’s contract of carriage as you would be booking through the relevant airline’s website.

The long and short is that using the throwaway ticket strategy might work for you. There have been many success stories, and depending on the airline, you might be able to get away with it frequently at either no or minimal expense. However, some airlines explicitly forbid such behaviour and may penalize you financially and even bar you from traveling on future flights if you’ve been found to be regularly taking advantage of the system.