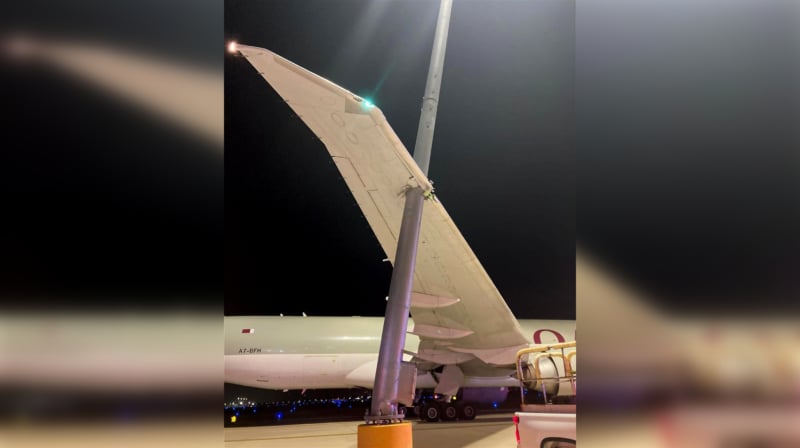 A Qatar Airways Cargo Boeing 777F operating a short flight from Atlanta to Chicago, suffered significant damage to the front of its right wing after striking a light pole at O’Hare.

On August 5, 2022, a Qatar Airways Cargo flight QR8141 (callsign QTR67X) touched down at Chicago O’Hare (ORD) after performing a 1 1/2 hour flight from Atlanta (ATL). The 7 1/2 year old Boeing 777F aircraft (registered A7-BFH) landed on runway 10C, and proceeded to navigate its way to the northern cargo terminal via the taxiways on the east side of the airport. During its taxi, the aircraft’s right wing struck a light pole, causing significant damage to the wing’s leading edges and part of the wing spar.

Qatar Airways confirmed the incident, saying that the occurrence is under investigation.

“Qatar Airways can confirm that a cargo aircraft, QR8141 operating from Atlanta to Chicago, came into contact with a light post while taxiing at Chicago O’Hare and sustained some damage to the wing. The incident is currently under investigation and we can confirm that no crew members were injured.”

How did this happen?

Before getting into the blame game, let’s first look at the ATC and crew exchange.

After some clarification between the ground controller and pilots, the crew followed the instructions to a T, but still came in contact with the light pole while on taxiway BB2 (Bravo Bravo 2) while heading east to taxiway Z (Zulu). 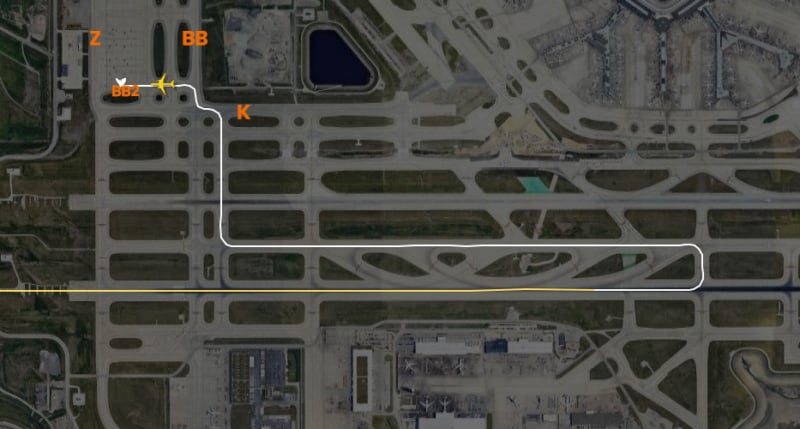 Even though the taxi line shows the aircraft pretty much on the centerline, there is a very important note on the taxi chart which says “Taxiline BB2 closed to aircraft with wingspan greater than 118 feet (36 meters).” The wingspan of a Boeing 777F is about 213 feet (65 meters), much greater than the limit placed for aircraft allowed on taxiway BB2.

The investigation will ultimately determine who is to take blame, but it seems both the pilots and controller are in the wrong here. The controller should have known that such a large aircraft should not taxi on BB2 due to the wingspan restriction. The same flight which landed on June 24, 2022, taxied all the way north via taxiway BB until reaching G (Golf) before proceeding further to the cargo ramp. As for the pilots, even though they are given specific taxi instructions, it is still up to them to verify that the taxi route is valid for their aircraft size and type.

One video that comes to mind is this where an Emirates A380 pilot and the ground controller at Toronto Pearson (YYZ) have a little back and forth over the taxiway and gate allowances. While Pearson’s taxi instructions were ultimately correct, the Emirates A380 pilots still took initiative to check with their operations center as the crew’s (outdated) charts showed the assigned gates as being restricted for very large aircraft.

Unfortunately it seems the Qatari crew may have missed this, and paid the ultimate price. As this is no simple case of just repairing slats, the damage suffered here could mean weeks or maybe even months in the repair shop. I’d hate to see how much the repair bill turns out to be.