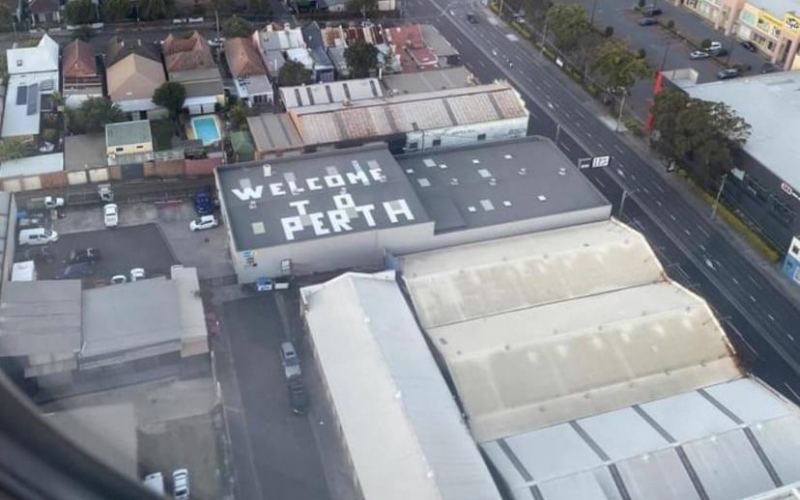 What can be worse than finding out after even after passing through security and gates checks, you still manage to board a flight to the wrong destination?

One man in Sydenham, New South Wales managed to scare some passengers heading down the approach path into Sydney’s Kingsford Smith Airport by painting “Welcome to Perth” on his warehouse building.

According to Traveller, Brad Heasman, the warehouse owner, noted how easily it was to see his building from any aircraft arriving into Sydney, and decided to play a prank on them. He hired a local paint company to paint “Welcome To Perth” on top of one of the family warehouses using road paint.

Apparently the sign has been there since March 2021, but came to light after first being posted on the Frequent Flyers Australia group before going viral on Reddit.

Heasman said he drew inspiration from Milwaukee-based artist Mark Gubbins pulled a similar stunt back in 1978, painting “Welcome to Cleveland” on the roof of his house which was along the Mitchell International Airport approach path.

The real question now is when is someone in Perth going to paint a “Welcome To Sydney” sign?