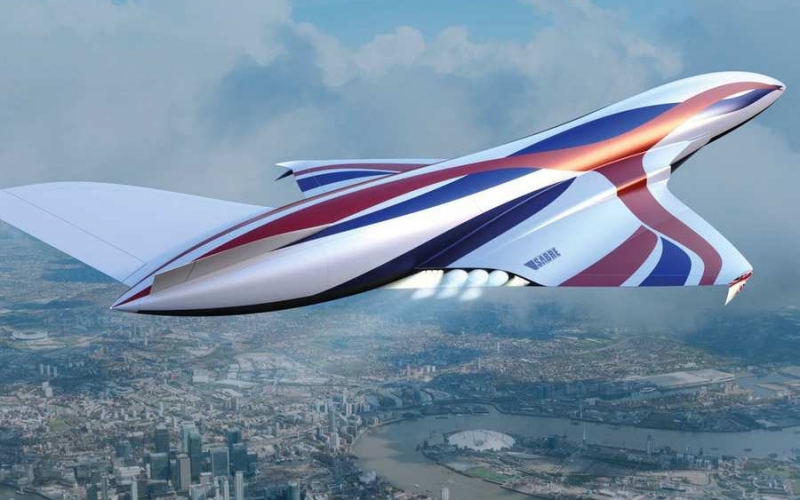 UK scientists are hard at work testing a new hypersonic engine that could allow for future commercial aircraft to fly up to speeds of Mach 5.4.

That means that someone traveling between New York and London could make the trip in about one hour, while someone flying from London to Sydney could cross that portion of the globe in just four hours.

Reaction Engines, a British based aerospace engineering firm, is hard at work on SABRE, short for Synergetic Air Breathing Rocket Engine. Potentially capable of flying at Mach 5.4 (just over 4,000 mph) within Earth’s atmosphere, the engine could also power future aircraft in space at speeds up the Mach 25 (over 19,000 mph).

While a few military grade jet engines can push beyond the Mach 3 barrier within Earth’s atmosphere, current technology prevents them from being cost effective as they require massive and inefficient cooling systems. SABRE technology differs in that the engine has a pre-cooling module that features thousands of thin-walled tubes covered in super-cooled helium, allowing incoming air (entering at temperatures as high as 1,800F) to be rapidly cooled to below 0F in one twentieth of a second.

The cooled oxygen is then mixed with nitrogen further down the chamber to produce both the required thrust to propel the aircraft, as well as self-power the engine itself. The advantage here over a traditional rocket engine is that SABRE would be generating its own liquid oxygen rather than having to store it from before the aircraft’s departure.

However, space flight missions would require that liquid oxygen be stored on board as there would be no air to derive oxygen from.

As the engine can be split into different modules, Reaction Engines have been able to carry out tests on the ground in Denver, Colorado, and hope to test the engine in the air some time in 2020.

In an interview at the UK Space Conference, Shaun Driscoll, Programme Director of Reaction Engines, said, “The main thing with Sabre is it’s like a hybrid of a rocket engine and an aero engine, so it allows a rocket to breathe air.

“Most rockets are vertically launched, and if you look at spacecraft you have a tiny satellite at the top and a huge massive rocket, because just carrying fuel means you need more fuel so it’s a horrible cycle.

“Rockets really haven’t progressed in 70 years, whereas aero engines have become very efficient, so if you can combine an aero engine and a rocket you can have a very lightweight efficient propulsion system and basically create a space plane.

“The challenge of going very fast to escape the atmosphere you have to go hypersonic, and you generate a lot of heat travelling fast. Our pre-cooler takes air that arrives at 1,000 degrees centigrade and cools it down to zero in one twentieth of a second in something you can get your arms around.

“The physics checks out but the challenge is building a test regime.”

The UK government, Rolls Royce, BAE Systems, and Boeing have all invested about $74 million each into the program, and hope that the hybrid engine can be put into commercial use by 2030.