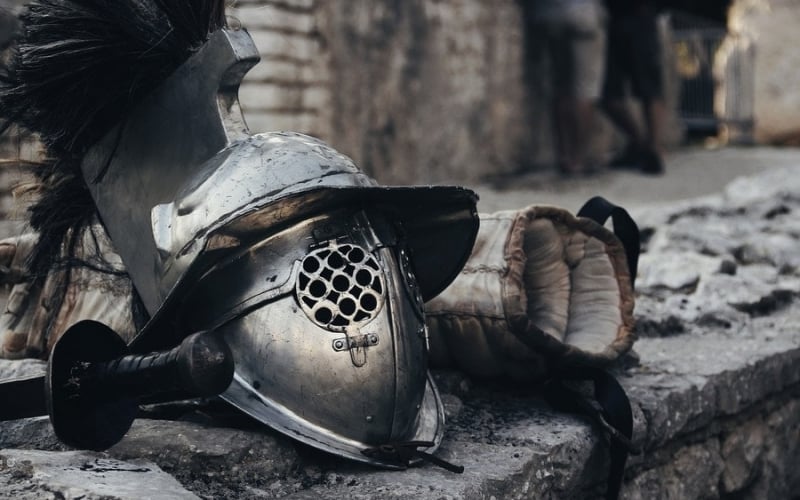 Passengers at Hartsfield-Jackson Atlanta International Airport were in for a surprise earlier this month after one traveler was spotted wearing a full suit of armor.

On October 17, Will O’Connor, a doctor traveling on business, spotted a gentleman wearing armor, chainmail and medallions, along with matching helmet. He said the man sat by himself at the gate, unfazed by the fact that other passengers were staring at him in confusion and curiosity.

O’Connor was baffled as to how he was able to make it through the TSA checkpoint with that much armor on, but one TSA spokesperson said the passenger had his apparel stowed in his bag, and changed into his suit after clearing security.

O’Connor found the situation to be quite funny as his tube of toothpaste was seized at the checkpoint, while the other gentleman was able to make it through with an entire suit of armor.

“I was a little mad – more funny mad, not really angry. They’re doing everything they can to keep us safe.

“I don’t know if he went through the scanner with it on, or if they made him take it off.

“But I thought it was pretty funny they let him through with the big helmet and everything.

“It makes you wonder how he’d fit [on the plane]. I don’t know who he was sitting next to but that must have been interesting.”

However, as his suit does not fall into the category of dangerous weapons, TSA really would not have had a reason to bar him from passing through the checkpoint. There may have been additional screening, but clearly there was not enough of an issue to stop him.

It is believed the armored passenger was headed to a cosplay convention.