LIAT To Be Liquidated In Favour Of New Caribbean Airline 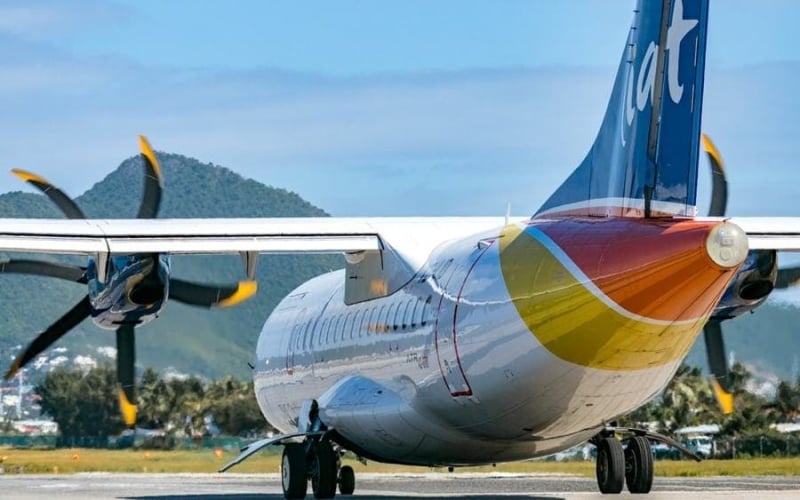 Antiguan Prime Minister Gaston Browne has indicated that Caribbean airline LIAT will most likely be liquidated. In a recent announcement, he said that, “from all indications, LIAT will be liquidated.”

This comes after the already debt-ridden airline was forced to ground its fleet in early April 2020 due to the global pandemic.

“COVID would have actually, let’s say increased the losses exponentially, so whereas in all of 2019 LIAT made a loss of about EC $12 million (US $4.4 million), that was within the means of the shareholder governments to subsidize,” Browne said on local radio in Antigua.

“You would have found that since COVID, the planes have been grounded, they have to pay the lease payments and they are not getting any revenue.”

An already loss-making airline hit by the pandemic

LIAT is no stranger to debt as the airline has struggled to make profits given their mix of problematic circumstances. In 2019 alone, around the time I did some island hopping trips with the airline, there were multiple appeals from the company’s shareholders for cash injections as there were claims that the airline was operating on just a few days of cash.

In 2020, LIAT announced that it would ground all flights from April onward due to the pandemic. Even as some Caribbean islands have started re-opening their borders, the airline still remains grounded, with the exception of performing a few repatriation flights.

In May of this year, PM Browne announced that the airline was in urgent need of a bailout.

Given that LIAT provides vital inter-island air transport between many of the smaller Caribbean islands, PM Browne is suggesting that a new entity be started to replace the failing carrier.

Browne said that if a new entity was to be formed, it would require full cooperation from participating islands, even though he focused on the issue of the “new airline’s” potential headquarters.

“What I’m hoping that we do not have going forward with the new entity, is any squabble over the location of the headquarters.

“At the end of the day, the only service that Antigua and Barbuda has enjoyed … within CARICOM is LIAT and this has been the case for several decades.

“So I just hope that we are not going to have countries within the region opportunistically fighting us to get the headquarters in their country to displace Antigua and Barbuda.”

Winding down LIAT definitely could prove problematic as the company has very little assets in its name. Of their 10 ATR aircraft in the fleet, LIAT owns just 3 of them, all of which are already charged to the Caribbean Development Bank.

Browne also predicts that if a new airline is formed, its staffing will be much leaner, resulting in hundreds potentially being sent home if the current entity is closed down. The Antiguan Prime Minister said that compensation packages would be arranged for those affected.

Would a new airline make sense?

LIAT serves as a life line for many smaller Caribbean nations, but has been plagued by an environment not suited to keep the airline in business. Unless some of the major pain points are sorted out, a new entity could be a useless endeavour.

Extremely high taxes – Flying within the Caribbean on a whole is actually quite expensive, mainly due to taxes and additional airport charges. Here’s a look at a flight I took from Trinidad to St. Lucia. The base fare is just $40 while taxes and airport fees add up to almost $75. Larger airlines like Caribbean Airlines might be able to offset this from profits on their longer haul and cash cow routes, but unless governments come together to lower travel regional taxes, LIAT will always be on the losing end.

While bumping up the base fare might bring in more short term revenue for the airline, it would further discourage travelers considering air travel in the longer run. 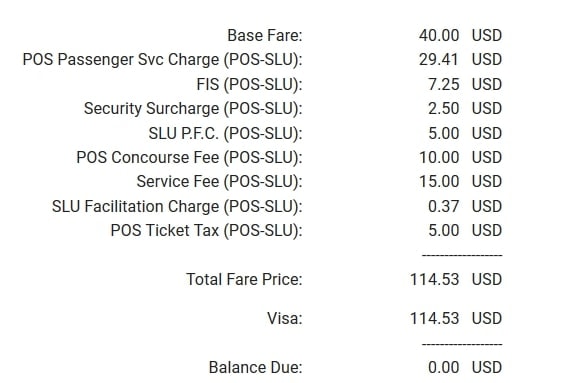 Unprofitable routes – Some of LIAT’s routes operate well below desired loads, putting them into even further debt. Even as the company’s shareholders throw money at the airline in hopes of saving it, a decision has to be made to remove unsustainable routes if the relevant subsidies cannot be paid by the respective islands benefiting from the service.

One route in question is the leg between Trinidad and St. Lucia. In early 2019, it was highlighted as one of the major underperformers for the airline, but as Trinidad’s government also operates flights between the two islands with their own Caribbean Airlines aircraft, they have no real incentive to support LIAT’s operations on that route.

Maybe LIAT’s management should be looking at Ryanair for some pointers.

Government politics also has a huge part to play in the airline’s inefficiencies, but I won’t get into that aspect as the solutions seem to vary drastically depending on who you ask.