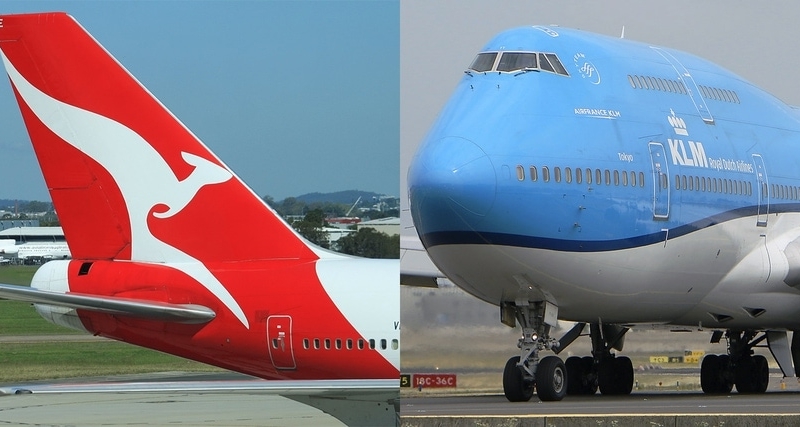 As airlines struggle to deal with the effects of COVID-19, many have been forced to retire their older birds much earlier than expected. This weekend, both KLM and Qantas were forced to bring up their passenger 747 retirement dates as passenger numbers plummeted, on top of numerous border restrictions across the globe.

The airline is no stranger to jumbos and took delivery of their first 747-200B on June 30, 1971. Over the years, Qantas took on almost all variants including the -100, -200, -300, -400 and -SP. For many airlines including Qantas, the 747 was an iconic aircraft, opening new opportunities for the airline and country to a window of new destinations. With the collection of its first jumbo, Australia finally made its name on the traveler’s world map as they could now connect passengers to Asia, Europe and the United States.

Fast forward to the present day where twin engines rule the market, Qantas initially planned to say farewell to its aging quad engine beasts by the end of 2020. The airline still operates 12 newer A380 quad jets and 11 more fuel-efficient Boeing 787-9s, along with a number of A330-200s and -300s. They are also working with Airbus to develop 12 special A350-1000s as part of “Project Sunrise” which will operate ultra long haul routes to cities like London, New York, Paris, Rio de Janeiro and Cape Town.

The last 5 747s have been sold to a private buyer and will eventually be ferried to the Mojave Air & Space Port in Mojave, California.

Qantas was able to confirm to Gate Checked that there is still a potential for their 747s to fly in a chartered capacity, but given the whole situation with COVID-19, their entire international fleet has been parked until the end of May 2020. As a result, there has been no confirmation whether aircraft type will ever return to service once the Corona situation has been sorted out.

“There is still potential for the 747’s to be used for chartered flights and there’s been no confirmation we will not put them back into service once we get through this period of downturn.  We’ve suspended our international schedule until the end of May so the 747s will be parked over the next two months, as will our entire international fleet.”

Here is a photo of VH-OEE touching down in Sydney, along with video fly by over the harbour.

Qantas Boeing 747-400ER VH-OEE operating as QF28 from Santiago to Sydney passes over Sydney Harbour at 2,100ft before landing this afternoon. It may be the last ever commercial Qantas Boeing 747 service. pic.twitter.com/3lDWV7OlCQ

KLM also joins in with Qantas, saying goodbye to their passenger 747s. Flight KL686 was operated by a Boeing 747-400M, which is the designation for the “Combi” variant. Registered PH-BFT and nicknamed “City of Tokyo”, the -400M variant carried both passengers and cargo on the same lower deck. The Combi carried just 268 passengers, split across 35 business class seats, 36 in premium economy and 197 in economy. The rest of the lower deck was divided into 7 sections for cargo used for transporting various types of cargo, from small packages to large animals.

KLM also ranks as one of the many big names operating jumbo jets, taking delivery of its first 747 (a 747-200B) on January 16, 1971. Like Qantas, they also operated many variants over the last 4 decades including the -200, -300 and -400 (and their Combi variants). However, KLM will still hold on to 3 747-400ERF freighters under management of the Air France KLM Martinair Cargo division.

The airline initially planned to phase out its 747 passenger and combi jets in mid-2021, but were also hard hit by the effects of COVID-19.

Here are some last shots of PH-BFT taxiing to the gate at Schiphol from its journey from Mexico City.