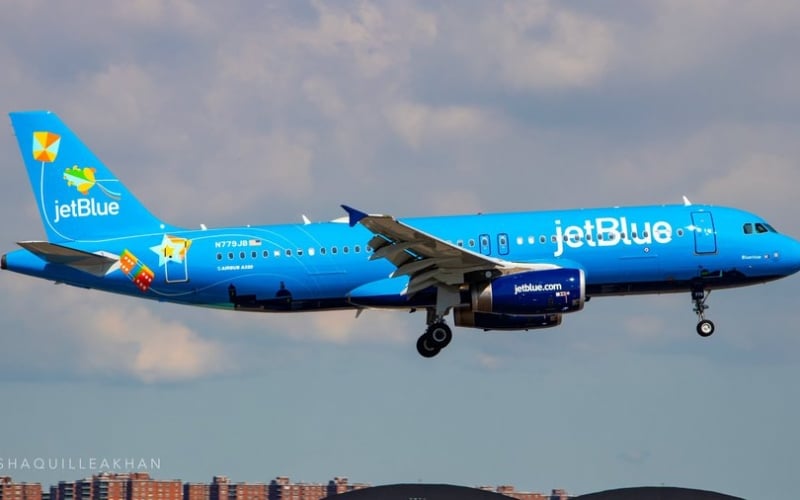 Puerto Rico has always had a special place in JetBlue’s heart, and now the airline has repainted one of their Airbus A320s to show their love for the island.

Dubbed “Bluericua”, the Airbus A320 which was previously named “Blue Ribbon”, now sports a bright blue livery with a silhouette of historical Puerto Rican buildings painted on the lower section of the aircraft. There are also images of various kites on the tail section, representative of the kite festival held yearly in San Juan, and the vibrant colors of the city. JetBlue currently has the biggest presence in the Caribbean-based U.S. territory.

The aircraft (registered as N779JB) was repainted at the Airbus plant in Mobile, Alabama and flew into John F. Kennedy (JFK) last night. No time was wasted as the aircraft resumed normal operations, hopping between JFK and Sarasota (SRQ) and Atlanta (ATL).

JetBlue has given a lot of time and resources towards the island after Hurricane Maria caused mass devastation back in 2017. In a blog posted earlier this year, they highlighted some of their efforts which included financial and non-financial donations, free air lift for emergency workers, lowered air fares for those trying to get off the island, amongst other things.