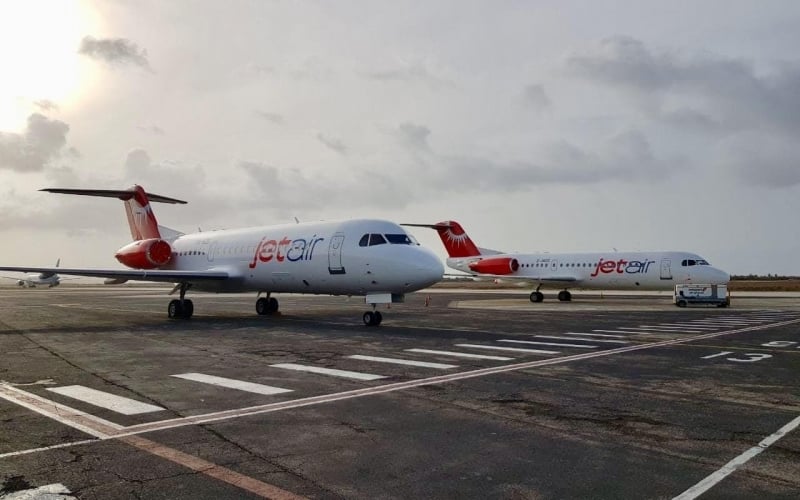 The second F70, which is now close to 23-years-old, previously flew for Indonesian-based Transnusa, and originally started its life with Vietnam Airlines back in 1997. Interestingly enough, this F70 was the very last Fokker ever built before the aerospace company filed for bankruptcy. The aircraft rolled off the line as MSN 11585.

The airline which plans on flying to destinations including Trinidad, Jamaica and Colombia, is in the final stages of obtaining its air operator’s certificate (AOC), and hopes to begin commercial service from July.

Jetair Caribbean will be up against stiff competition on the Curacao-Trinidad route as Surinam Airways currently operates as much as 5 flights per week between the two islands, with Caribbean Airlines joining the race from August 2, once the route is approved. However, they would still have some advantage assuming the airline is approved to fly to Jamaica and Medellin, Colombia. There are currently no other direct flights between Jamaica and Curacao, while the only direct flight to Colombia is via Bogota.