Icelandair Is Getting A New Livery 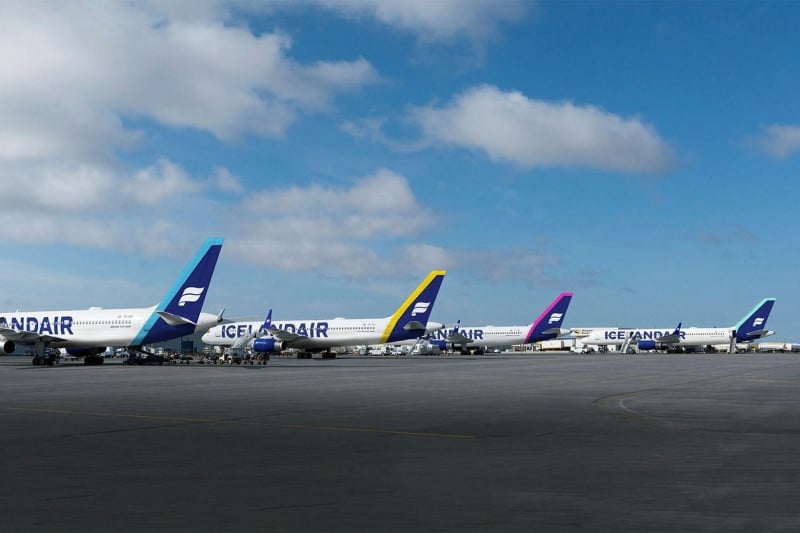 Icelandair is doing away with its blue and yellow livery in favor of a somewhat more multi-colored design.

According to the company’s marketing director Gísli S. Brynj­ólfs­son, in its latest design change since 2006, the carrier will expand its color portfolio to represent Iceland’s diversity.

Brynj­ólfs­son said: “We believe that this approach underlines the diversity that Iceland and Icelandic society stand for. We also did an analysis of where airlines are located on the color chart and most are either red or blue. The low-cost companies are more common in red than the others in blue. By using more colors, we enable ourselves to stand out from the crowd and attract the attention we deserve.”

The new design will feature a white fuselage with the brand name ‘ICELANDAIR’ written across the most of the body. The text, engine nacelles, fairings, and most of the tail section will be painted in blue. The stylized ‘F’ on the tail (I assume from the airline’s original name Flugfélag Akureyrar) will now be painted in white, while each aircraft will feature a stripe running from the tail’s leading edge all the way to the fuselage’s bottom, in line with the deep blue on the remaining portions of the tail and fuse.

The stripes will come in one of six colors, including aqua, light blue, yellow and fuchsia. Green is also in the mix (even though it was not previewed yet). The tail cone will also remain white.

“We aim to use about six colors on the machines and this will be fun, not least because many machines come together. We also envisage connecting passengers paying attention to this when they switch from, for example, a pink engine to a green one.”

The first jet is expected to be re-painted and introduced in time for January 2022, and all relevant signs and marketing materials will be updated accordingly.