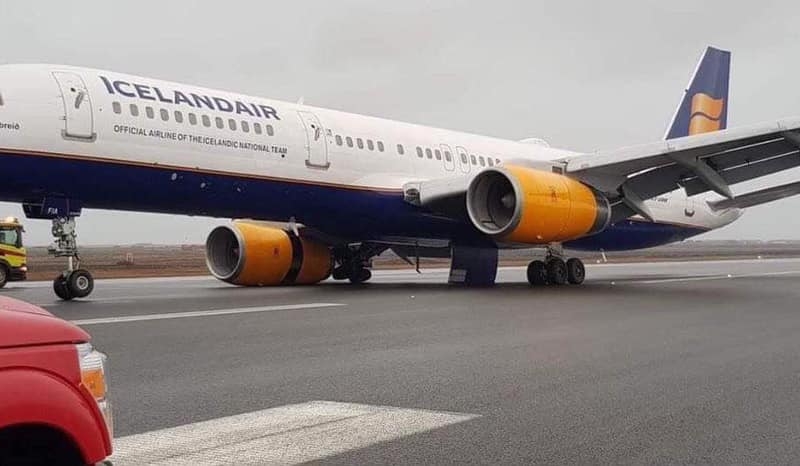 Icelandair flight FI529 suffered a right main gear collapse shortly after touching down on runway 10 at Keflavík International Airport. The aircraft involved is a Boeing 757-200 (registered TF-FIA) and is 19 1/2 years old.

According to Icelandic media, the flight from Berlin-Tegel Airport operated nominally, but upon landing in Reykjavik, the aircraft’s right landing gear collapsed.

Passengers reported that the aircraft bounced on landing, and on touching down the second time, the gear collapsed, resulting in the right engine dragging on the runway surface. They also reported sparks and fire coming from the engine.

Emergency personnel were dispatched, but from initial reports indicate that there were no injuries.

An air stairs was brought to the aircraft’s location to deplane passengers, and ground crews started prep work to remove the jet from the runway. Runway 10/28 is out of service until the aircraft is removed.

Icelandair has also acknowledged the incident via their website.

An incident has occurred on flight FI 529 from Berlin that landed at 15:34 at Keflavik airport. No injuries are reported and the passengers are have been deboarded. Response teams have been activated and the Icelandic Transportation Safety Board has been contacted. Further information is not available at this time but we are working to keep passengers and the necessary parties informed throughout this incident.

At the time of the landing, winds were at 42 knots gusting up to 56 knots. 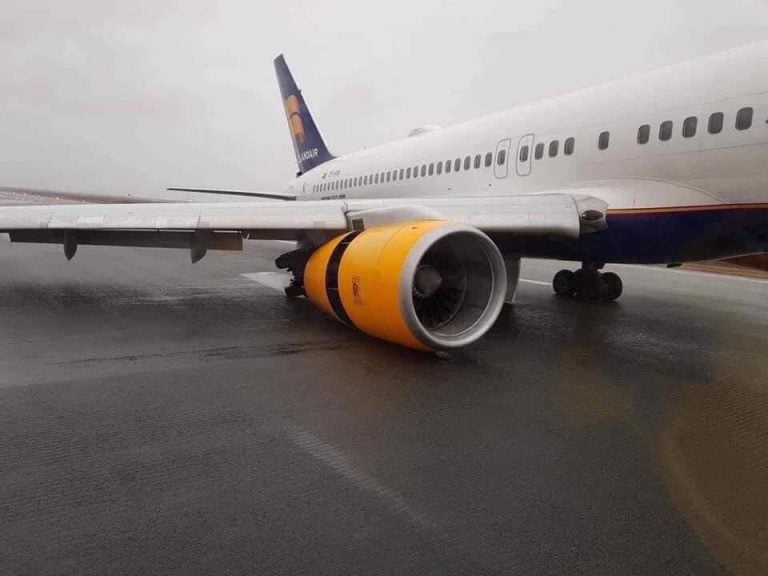 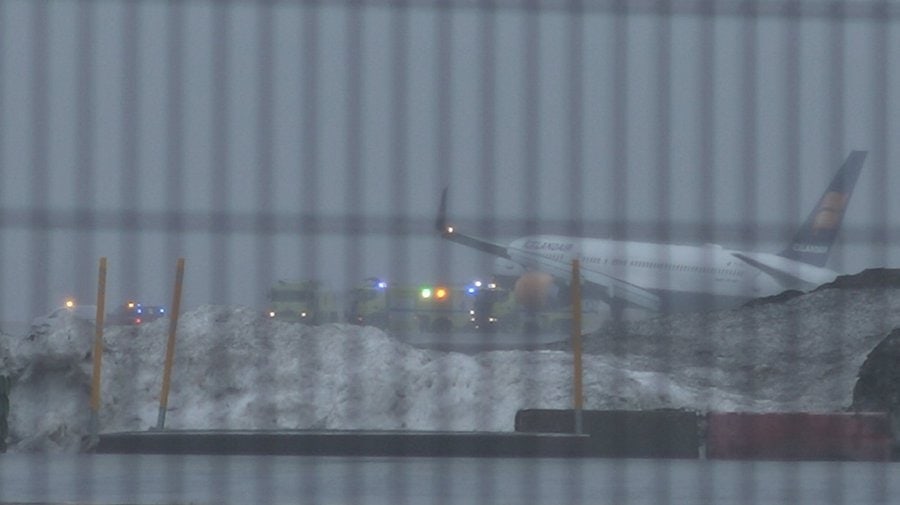