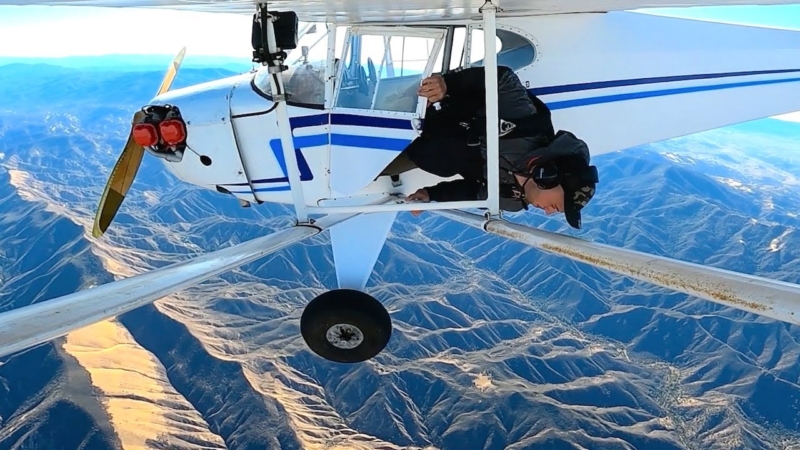 Back in December 2021, daredevil YouTuber Trevor Jacob made headlines after uploading a video of him filming himself parachuting from his allegedly malfunctioning aircraft. The aircraft eventually crashed into the hills of the Los Padres National Forest near New Cuyama, California. Even though Jacob tried to play it off as an engine failure, many were skeptical, and felt he did it solely for publicity for his YouTube channel.

On November 24, 2021, Jacob took off from Lompoc Airport in California, allegedly going to spread the ashes of his late friend Johnny Strange over Mammoth Mountain some 200+ miles away. He was seen wearing a skydiving parachute, and outfitted his aircraft with several GoPro cameras. While flying over a section of the Los Padres National Forest, the engine of his 1940 Taylorcraft BL-65 (registered N29508) turned off mid-flight, and Jacob jumped out of the aircraft and filming himself with a selfie stick-mounted camera during the free fall.

The rest of the video cuts to video of the aircraft free falling and crashing into the hills of the Los Padres forest. After getting down safely, Jacob visits the crash site to recover his gear, showing the wreckage of the aircraft, with the rest of his video showing his journey as he returned to civilization.

Many questioned whether Jacob was being truthful about his mishap given that he made no attempt to restart the aircraft’s engine or tried to glide the aircraft to a safer landing area. It seems the Federal Aviation Administration (FAA) was not having it either, saying that he intentionally crashed the aircraft, and yanked his pilot’s license as a result. In a report obtained by the NYTimes, the FAA said “on November 24, 2021, [Jacob] demonstrated a lack of care, judgment, and responsibility by choosing to jump out of an aircraft solely so [he] could record the footage of the crash.” 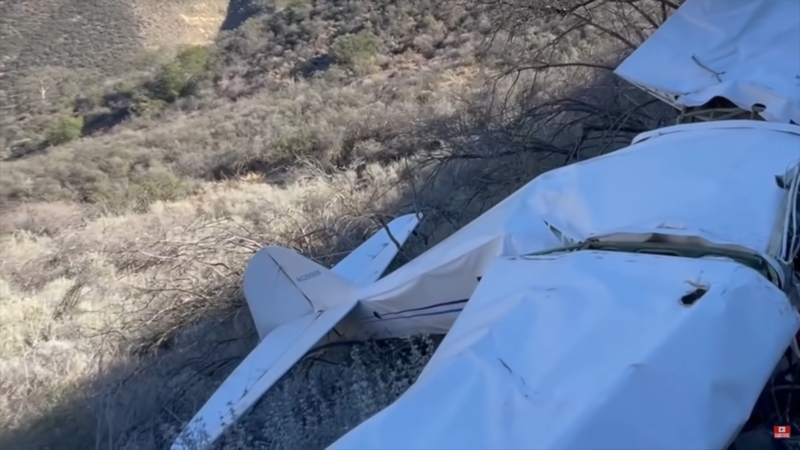 In the report, they listed a number of reasons they believed the stunt was done intentionally, including him:

The FAA has since demanded that he return his license, and barred him from re-applying for one year. Besides his license being revoked, the FAA has no authority to prosecute Jacob as it is beyond their scope of power. Jacob has since posted a follow-up video entitled “I Lost My Pilots License”, saying that he “didn’t think that just posting a video of an adventure gone south would ruffle so many feathers, but just know [he] got nothing but love for you.”

He played clips of various news agencies covering the ruling, and followed up saying:

“I’m sorry if I offended you but at the end of the day you’re the one that chose to be offended. You don’t need to watch my videos. You’re here because you’re intrigued by the video or else you wouldn’t watch it. And I’m not saying that in a disrespectful way, it’s just the truth. It’s like you have the freedom to not watch me but you’re watching me so like, I’m sorry.”

At the end, he is seen mailing in his pilot’s license while wearing a shirt with “ALWAYS WEAR YOUR PARACHUTE.” printed on it, and recommended that fans buy his store merchandise to support his channel. Even though his crash video gained over 2.3 million views, Social Blade stats shows that his stunt did not convert well as he only gained a few thousand followers compared to another one of his viral videos posted in May 2021, which resulted in him bringing in to 20,000 new subscribers in one month.