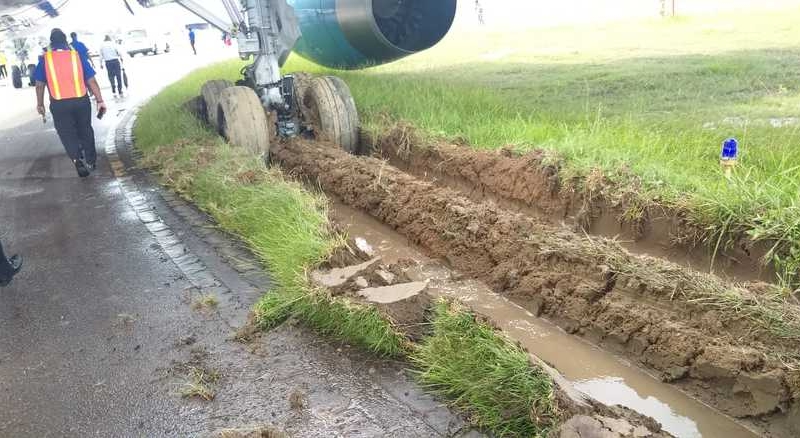 On July 15, a number of Guyanese citizens finally made their way home via a repatriation flight operated by Eastern Airlines flight 232, which touched down in Guyana at 2:27 p.m. local time. As excited as they may have been to finally get off the aircraft and be back on home soil, their taxi to the terminal was hindered as the Boeing 767-300ER’s right main gear ended up getting stuck in the mud shortly after the aircraft vacated the runway.

There has been no comment about the matter, but from the photos, it appears that the pilot started the turn too early. Nonetheless, there were no reports of injuries on board, and all passengers were safely bused to the terminal. The aircraft was later pulled out of the mud and inspected. Luckily for Eastern, the incident was relatively minor and there was no damage to the landing gear.

As the crew hours had expired as a result of the taxiway excursion, the flight ended up departing for Miami on July 16 with a story to tell. The 767 involved in the incident was registered N706KW.

Here are a few photos from the incident. 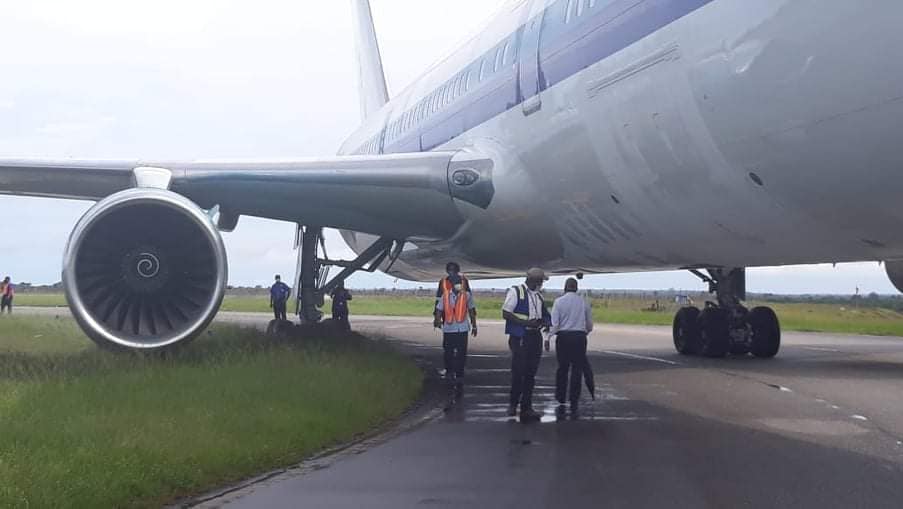 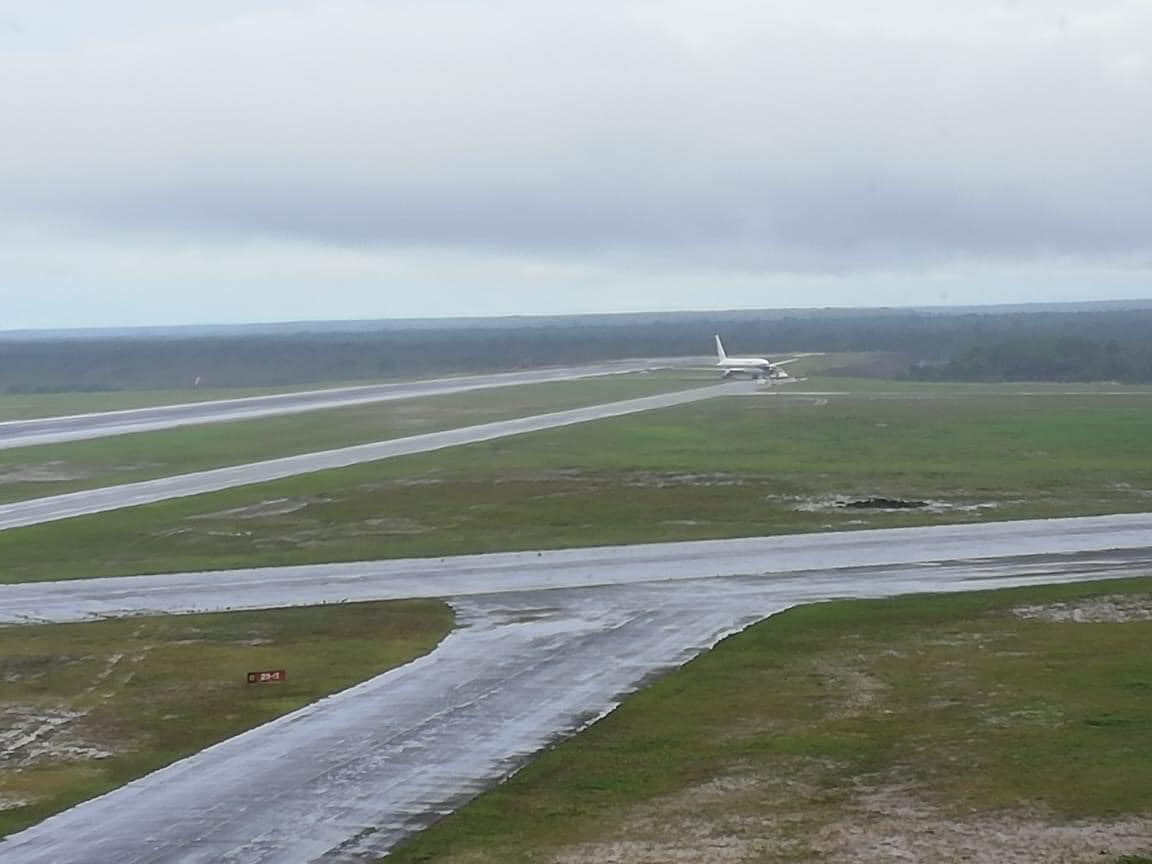