British Airways passengers put up in brothel after flight cancellations in St. Lucia 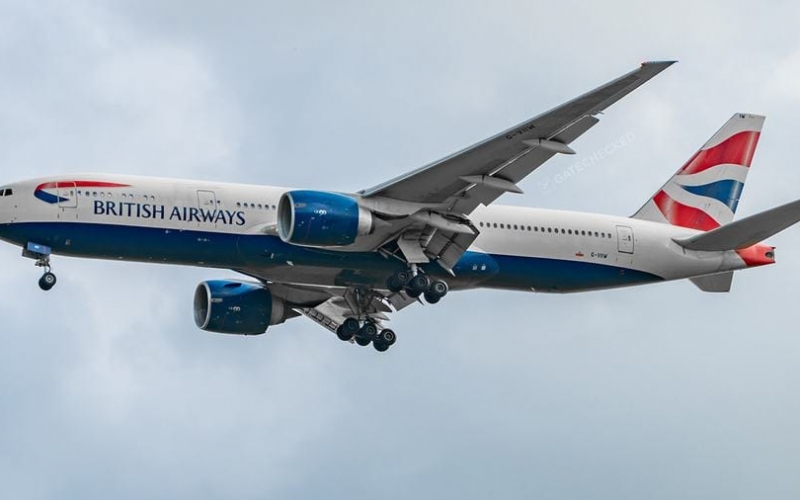 Last week, British Airways left several passengers stranded in St. Lucia as a result of a flight cancellation, putting some of them up in what turned out to be a brothel.

On February 13, British Airways was scheduled to operate flight BA2159 from Gatwick, London (LGW) to Grenada (GND) with a stop in Vieux Fort, St. Lucia (UVF), and the return trip scheduled to operate as BA2158 (GND-UVF-LGW). The airline was able to successfully complete the leg from London to St. Lucia, touching down in Vieux Fort at 3:05 PM local time. However, the flight scheduled to continue on to Grenada was cancelled, resulting in BA2158 also being automatically cancelled as the same aircraft it used to service both flights.

The cancellations resulted in several passengers being stranded in St. Lucia.

While airline crew members and some passengers were able to find comfortable accommodations, the majority of passengers ended up having to spend the night sleeping on the airport floors as there was a shortage of hotel rooms across the island due to a cricket match taking place on the same day.

Multiple passengers reported being offered rooms at what turned out to be a brothel.

There is no member of staff here!! You have sent us to brothels!! Shanty towns, and we were almost killed by a drunk driver returning to the airport!! This is outrageous!! You have elderly people sleeping on the terminal floor!!

31 people sleeping on floors at St Lucia airport. Some were offered accommodation, which turned out to be a brothel. There’s a couple here getting married in next few days. Three 72 year olds and a 71 year old on the floor. Others refused accommodation because not couples.

@British_Airways BA2158 cancelled and this is the accommodation finally provided.
how is this acceptable? pic.twitter.com/AAhHWS1W8l

One passenger reported being greeted by semi-naked men and women at the proposed accommodations, leading him to realize that the airline had sent them to a brothel. 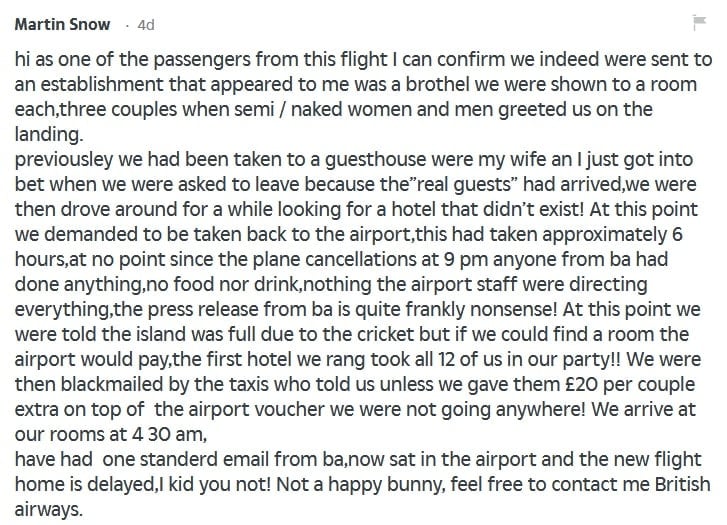 It appears a major lack of communication was to blame as the airline’s social media representatives indicated that the majority of passengers were comfortably accommodated. They also said that those who were not able to find a place to stay were allowed access to the airport’s business class lounge for the night.

Those stranded in the airport had a different story, saying that airline representatives at the airport did very little to ease the situation, offering no real information about food, water or flight status. They also seemed to be unaware that they were allowed access to the airport’s business class lounge.

The stranded passengers departed the next day on a replacement aircraft.