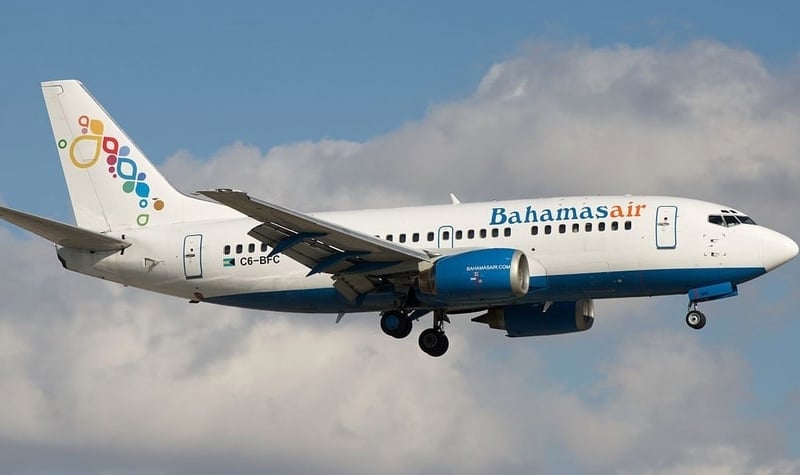 Bahamasair’s fleet of 3 Boeing 737-500s has been banned from U.S. airspace after the airline failed to meet the January 1, 2020 deadline to install necessary surveillance equipment required by the Federal Aviation Administration (FAA).

Back in 2010, the FAA required that all aircraft flying through U.S. airspace be equipped with modern Automatic Dependent Surveillance – Broadcast (ADS-B) equipment by January 2, 2020. ADS-B equipped aircraft broadcast tracking data on a regular basis, which is then picked up by both satellites and ground-based stations, giving air traffic controllers (and other relevant parties) almost real time data about more than 40 parameters including position, altitude and speed.

According to Tribune242, Bahamasair signed a deal in June 2019 to have their Boeing 737-500s upgraded before the end of the year to be in compliance with the required mandate. The supplier however failed to provide the required upgrades, saying they would be unable to install the ADS-B kits before March 2020.

The airline’s chairman, Tommy Turnquest, said the contract would cost them $600,000, with $200,000 already being paid as a downpayment. They are now considering a new contractor, which they say can have the kits installed within three week at cost of $195,000 each. In the mean time, they are seeking recover their downpayment due to the original contractor’s failure to deliver on time.

ADS-B is the standard on newer planes, but given that Bahamasair’s fleet of 737-500s range from 22 to 26 years old, the technology was not installed and would have required retrofitting at a later point in the aircraft’s life.

In the mean time, Bahamasair has been working their lone 737-700 double time to help compensate for flights that would have been previously covered by the -500s. Some of the loads are also being shifted to their ATR 72-600 turboprops which would normally have been used for domestic and regional service.

According to Eyewitness News, one of the airline’s 737-500s was carded to exit service for regular maintenance in Costa Rica as they were entering an expected period of slower traffic. As a result, they hope to manage loads by spreading passengers across the rest of the fleet of ATRs and 737-700 until the situation is address, but may require a wetlease from Miami Air if they encounter spikes in traffic.