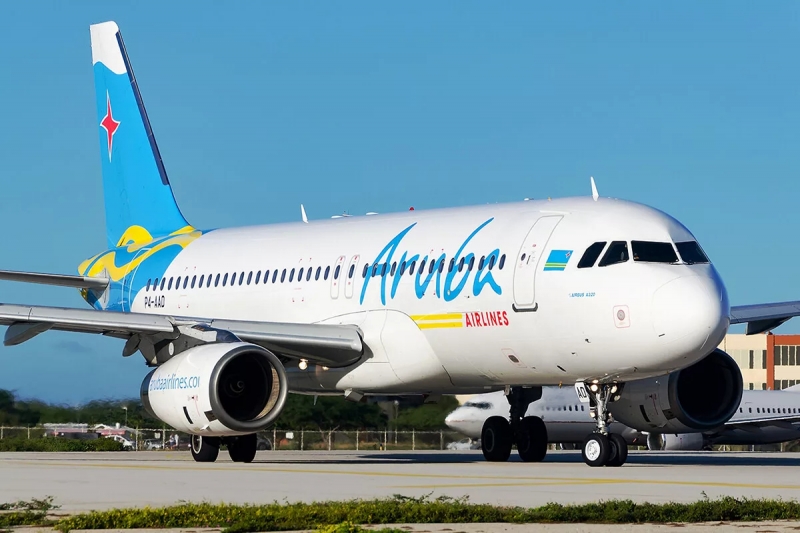 To cope with changes in border restrictions, Aruba Airlines has resorted to operating what appears to be a series of round robin flights throughout the Caribbean, South and Central America.

Prior to the pandemic, Aruba Airlines operated flights to the ABC (Aruba, Bonaire and Curaçao) islands, Venezuela, Colombia, the Dominican Republic, along with charters to Guyana and Trinidad with a fleet consisting of an Airbus A320-200 and a Bombardier CRJ200. As borders closed, operations came to a halt for some time, with plans of re-opening later in 2020 into 2021. Their CRJ has since been returned to its lessor Avmax Group, and the A320 has been put into storage since March 2020.

In mid 2021, they took delivery of an Airbus A321-200 which previously flew for Turkish Airlines. The now almost 16 year old aircraft has been very busy, operating a series of charter flights within the region. One some days, it appears to do a round robin from Havana, Cuba (HAV) down to Aruba (AUA), then to Georgetown, Guyana (GEO), before heading back up to Cuba to stop in Camaguey (CMW). On other days, it operates flights from either between Camaguey or Havana to Managua (MGA) in Nicaragua. Once the jet gets back to Cuba, it starts the round robin all over again.

While taking a peep at traffic in the lower Caribbean (where I live), I noticed them taking a rather circuitous route between Aruba and Guyana, for what I assumed should have been a relatively straight flight path. It turns out that the relationship between Venezuela and the Dutch Caribbean islands has not been so great, resulting in sea and air borders being closed between the South American nation and the Dutch island chain since early 2019. It appears that citizens from both sides of the fence are still allowed to enter each other’s countries, but they would have to do so via a connection through another country such as Colombia or Panama. 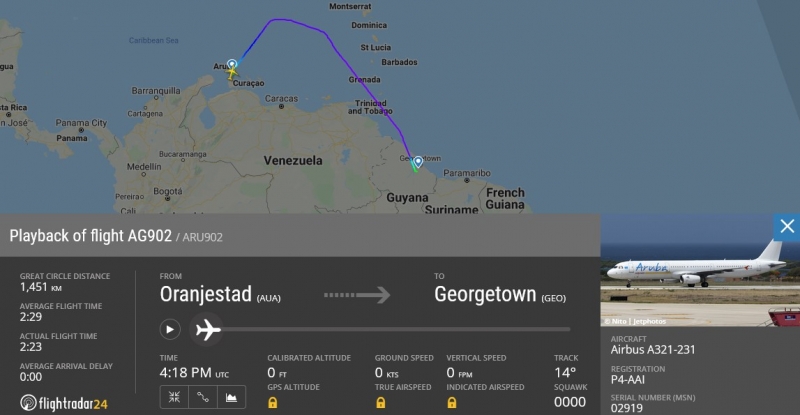 As a result of the border closure, Aruba Airlines has to skirt the Maiquetia Flight Information Region (FIR) boundary. They fly north, entering a portion of San Juan airspace, before heading back south through Piarco’s FIR, before entering Georgetown’s airspace in preparation for descent and arrival. In the grand scheme of things, the detour only adds about half hour of extra flying time, bringing the total trip time to 2 1/2 hours on that leg. However, as they are in the aviation business where jet fuel is not cheap, and time equals money, the extra half hour could definitely be avoided under better circumstances. 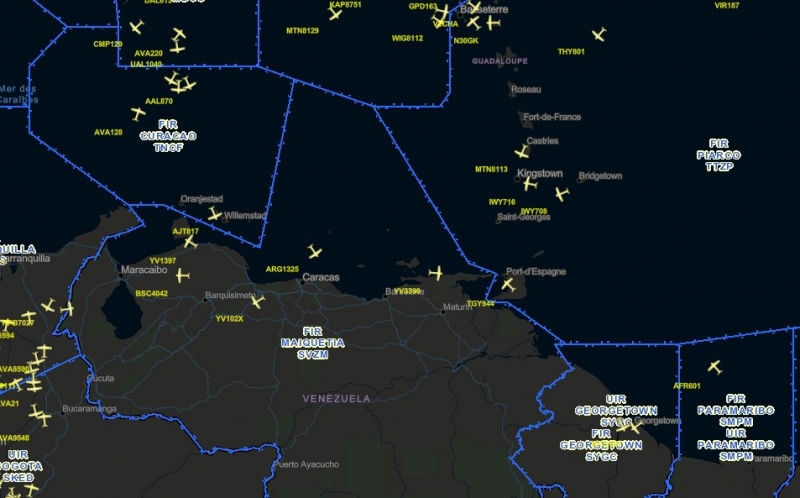 Aruba is not the only carrier affected by this, as Curaçao-based JetAir Caribbean has to fly west then south-west to enter Colombia’s airspace rather than flying directly over Venezuela when it heads to Medellin. JetAir also recently announced an upcoming route between Curaçao and Suriname from April 2022, showing a flight time of 2 hours and 45 minutes, on a flight that should take just 2 hours and some change, which leads me to believe that they have also factored in the deviation. 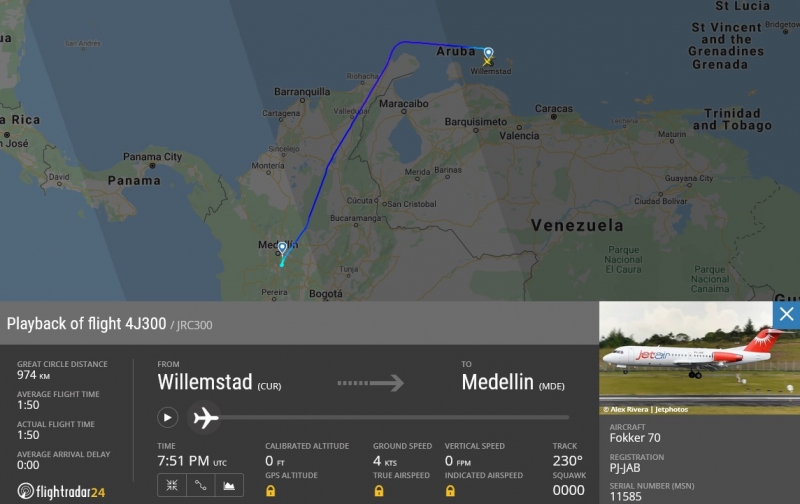 On the other hand, airlines not belonging to either Venezuela or any of the ABC islands are able to fly through Venezuelan airspace without restriction. One notable example is Surinam Airways which operates flights from Paramaribo, Suriname (PBM) to Curaçao and Aruba. There are also a few exceptions to the general rule, but most of the flights appear to be as part of some kind of recovery effort or cargo.

I have not been able to find any Dutch Antilles-based carriers crossing into Venezuela, but what about Conviasa’s ‘regular’ A340 flight to Cancun? Based on recent flight paths, they fly straight through Curaçao airspace without restriction. It appears that Curaçao isn’t as rigid when it comes to the tense measures between the two regions. So why are Dutch-Antilles carriers still burning extra fuel to stay outside the fence?

It appears the Venezuela’s airspace coverage isn’t the greatest, resulting in some ‘blind spots’. We want to think that these blind spots are covered by procedural control, but Dutch Antilles have chosen to take the safer route by flying through surrounding radar-covered airspace even if it means burning a few hundred extra gallons of fuel.

So why such a late article? The reality is even though the border closures existed for some two plus years now, it did not seem immediately obvious to outsiders as JetAir’s air operator’s certificate (AOC) was not approved until November 2019 with the pandemic further putting a damper on their expansion plans. As for Aruba Airlines, the last time they flew to Guyana was for a brief stint in 2017.

Circumstances like this are definitely not unique as many other examples of air border restrictions could be highlighted around different parts of the globe. The situation does seem to be slowly improving as officials from the Curaçao Tourist Board and Venezuela has entered talks to discuss re-opening the border (to Curaçao at least) in order to facilitate tourism, cultural and commercial activities between the two countries.

As for Aruba, it’s not clear when a solution to the impasse will be reached. In a government post which was last updated in December 2021, Aruba’s Prime Minister Evelyn Wever Croes said: