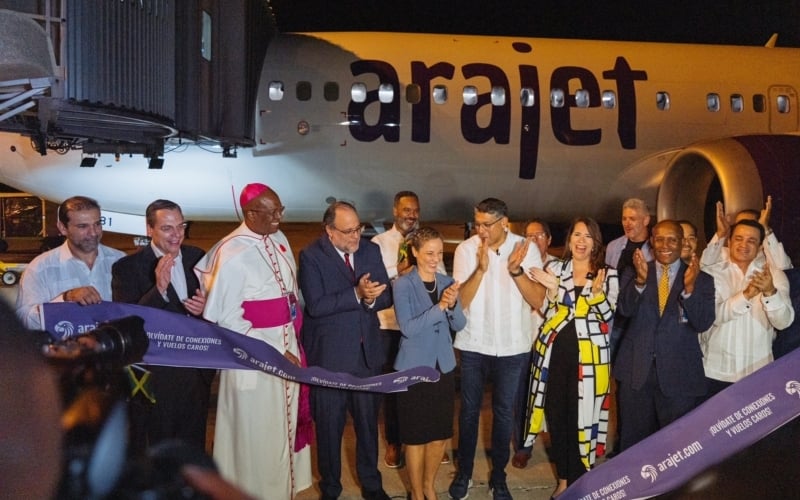 The new service makes it the first non-stop scheduled service between the two Caribbean islands, with twice weekly service on Mondays and Fridays. Arajet is currently aiming to build its own network of flights to the United States and Canada, but hopes that this new route could allow them to indirectly capitalize on Jamaica’s healthy share of European traffic.

Angie Martínez, Ambassador of the Dominican Republic to Jamaica, said that they hope to “achieve air connectivity between the Dominican Republic and Jamaica have been one of our most important goals since we arrived to Kingston… We are very proud of how Arajet is leading the charge in democratizing aviation in the Caribbean, Latin, Central and North America, and putting the Dominican flag at the top.”

The two weekly flights will be operated with one of the fleet’s five Boeing 737 MAX 8, with some configured to carry either 185 or 189 passengers. They are also set to take delivery of an addition 15 higher density MAX 8 200s, which have a theoretical config of 200 passengers, even though the number could vary slightly depending on their set up.

Beyond Jamaica, Arajet will continue its expansion into Colombia, adding flights to Medellín (MDE) and Bogotá (BOG) in December, bringing the total to 18 non stop routes. In the very early days, the carrier also planned routes to both the United States and Canada, but it seems U.S. routes may take some time. However they have their sights set on on flights to Toronto (YYZ) and Montreal (YUL), and are currently waiting regulatory approval.

Not counting the pending routes to Canada, Arajet currently operates non-stop service to the following destinations out of Santo Domingo.