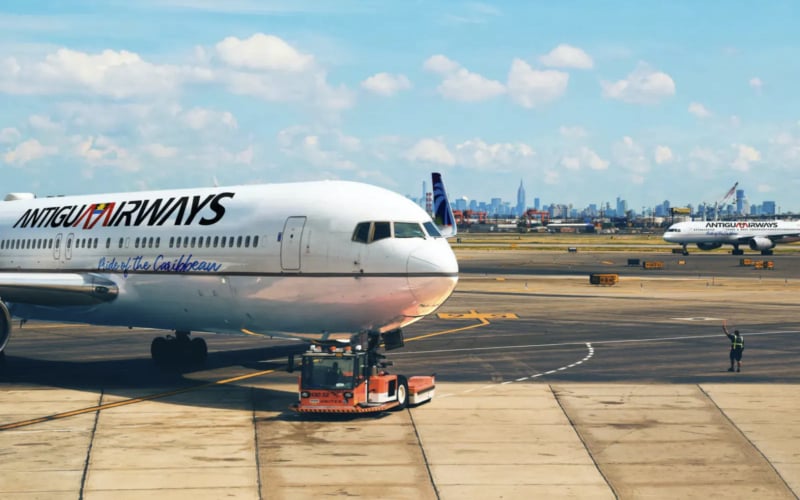 The government of Antigua and Barbuda has announced the birth of a new carrier called Antigua Airways.

Unlike traditional Caribbean operators which fly within the region or connect passengers between North and South America, Antigua Airways plans to connect the Caribbean (via Antigua) to West Africa. The airline is a result of a joint venture between Antigua and Barbuda’s government and a group of Nigerian investors. Said investors will take on most of the burden, agreeing to finance the venture for an 80% cut of the profits, with the remaining 20% going towards the Antiguan government.

The announcement which was first made in July 2022 may be bearing fruit as the carrier is aiming for a mid-October launch. With little information besides a generic homepage and a photoshopped aircraft, Antigua Airways plans to operate a Boeing 767-300ER in a 16 business and 251 economy configuration. The aircraft will include the usual toppings such as a modernized interior with touchscreen in-flight entertainment and charging ports.

So far it appears that the airline will fly to Nigeria, Ghana and Canada, with plans to operate three flights per week (one per week per destination). The website also has a “Members” section, which may indicate that they are working on some type of paid loyalty program which could translate to cheaper flights for frequent travelers. They will also offer a “Special Visa on Arrival Program” to seamlessly process visas instead of having passengers applying through third parties.

Earlier in the year, Antigua’s Prime Minister Gaston Browne had a lot to say about the new venture during a local radio interview.

“It’s a matter of time before we establish air links between the Caribbean and Africa. It will happen. The demand will continue to grow. I have no doubt it will happen,” he said.

“The Cabinet had the opportunity to discuss moving forward negotiations for a new airline to be named Antigua Airways once such name is available and it will hopefully be permitted to operate flights from West Africa directly to Antigua.”

The investors are also working with LIAT to establish timely connections to other Caribbean islands.

Critics have suggested that the idea wreaks of failure, pointing to another venture between the twin island and Nigerian-based carrier Air Peace. It’s hard to get behind ventures like this especially when they plan to launch an airline with what appears to be just one Boeing 767. There is numerous instances of carriers going belly up because of their reliance on one or two older aircraft.

A recent Caribbean example is Fly Jamaica Airways which ceased operations just months after their Boeing 757 overran the runway in Guyana in 2018. With one remaining 767 in their fleet, they were unable to meet their contractual obligations with passengers, and eventually closed up shop. I could quicker get behind a startup like Arajet as they plan to launch scheduled service with at least five 737 MAX 8s, with an addition 20 MAX 8-200s on order.