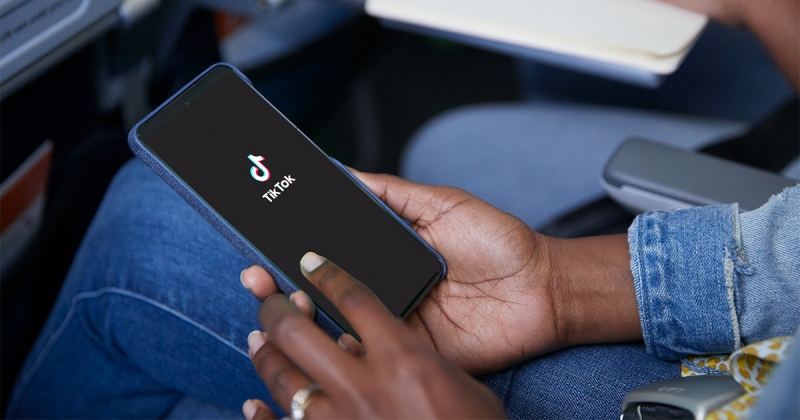 American Airlines is adding free in-flight…TikTok? The airline and social media company have partnered to offer free in-flight access to the app as part of a new promotion.

Effective immediately, customers traveling on any Viasat-eqipped American narrowbody aircraft can get 30 minutes of free access TikTok access. To get access, passengers would need to connect to the “AA-Inflight” WiFi network, and then log on to aainflight.com. In the list of WiFi purchase offerings, there will be the option to click a TikTok ad. Once you click through and agree to the terms and conditions, you’ll be set for 30 minutes of free access. You can also download the app via WiFi for free if you don’t have it on your phone.

“Faster Wi-Fi allows us to deliver diverse inflight entertainment options and invest in innovative partnerships with platforms like TikTok,” said Clarissa Sebastian, American’s Managing Director of Premium Customer Experience and Onboard Products. “Customers play the lead role in helping us better understand what content they want during their inflight experience and TikTok is one of the platforms they love on the ground, and we’re thrilled to work with Viasat to give customers free access to TikTok while they’re in the air as well.”

While American says that TikTok was on the top of their list of most requested in-flight services, many customers have kicked back saying that other features should have been given higher priority, especially as American remains adamant on streaming content over WiFi. Meanwhile, United has decided to install seat back displays (among other changes) on its newest aircraft, with additional plans to modernize its entire main line fleet.

The decision has even ruffled the feathers of U.S. Senator for Florida, Marco Rubio. In a letter addressed to American’s CEO Doug Parker, Rubio highlights the active U.S. federal government investigation where it is alleged that TikTok is being used by the Chinese Communist Party to gather information about its users, including its large base of U.S. citizens. In his summary, he did not mince words, asking that the partnership be ended pending the ongoing investigation.

By partnering with TikTok, American Airlines is now lending its brand credibility to a company that endangers national security and the data security of tens of millions of Americans, many of them minors,” Rubio wrote. “I urge you to suspend American Airlines’ “innovative partnership” with TikTok while the U.S. Government completes its investigation into the national security risks posed by the Chinese-owned app.