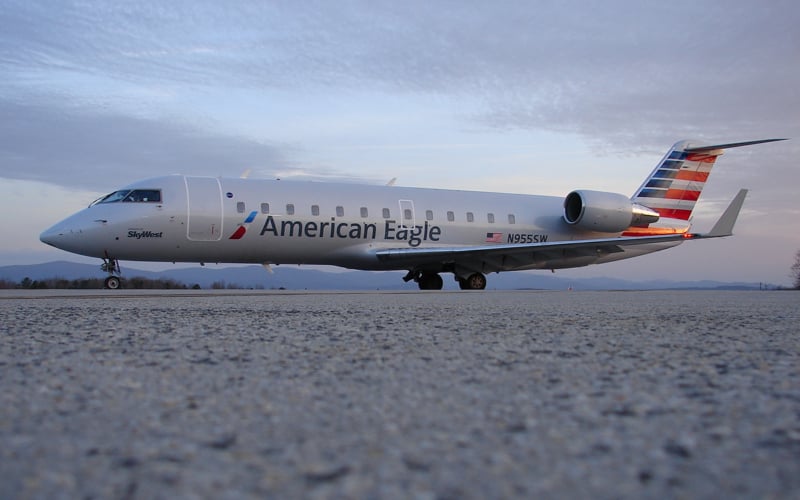 It’s a W for United Express customers but a big L for American Eagle travelers as American Airlines has announced a new partnership with Air Wisconsin to bolster regional capacity.

So why does this suck for some AA travelers? For starters, Air Wisconsin will add up to 60 Bombardier CRJ-200 jets to American Eagle’s network primarily out of Chicago O’Hare (ORD), for the next 5 years starting in March 2023. In an 8-K SEC filing, Air Wisconsin plans to introduce 40 CRJ-200s initially between March and October 2023, with the option for 20 more, and even have allowances to bring on larger CRJ-700s.

The move comes after American has been struggling to find appropriate crew numbers to operate flights out of its respective hubs, and Air Wisconsin will ease that burden because its jets are already crewed. It’s not surprising to see what American is doing to deal with the situation, but it does go against their earlier completed plan of phasing out CRJ-200 service. On the other hand it’s a win for United Express customers as Air Wisconsin’s soon to be completed contract means 55 less CRJ-200s in their network. One could argue that it’s actually a loss for United from a crew perspective, but let’s see how best UA works around the reduction.

The 50-seater Bombardier CRJ-200s has a 2-2 cabin configuration with seat pitch of 31-32 inches and 17 inches wide seats. Bulkhead seats offer a bit more room and usually would sell as a Main Cabin Extra fare. Even though I am not a fan of the CRJ-200 because of how constricting the cabin feels, by American’s cramped standards, it does not seem too bad in the relative scheme of things (on paper at least).