Aeroflot A350 Knocks Over De-Icing Truck 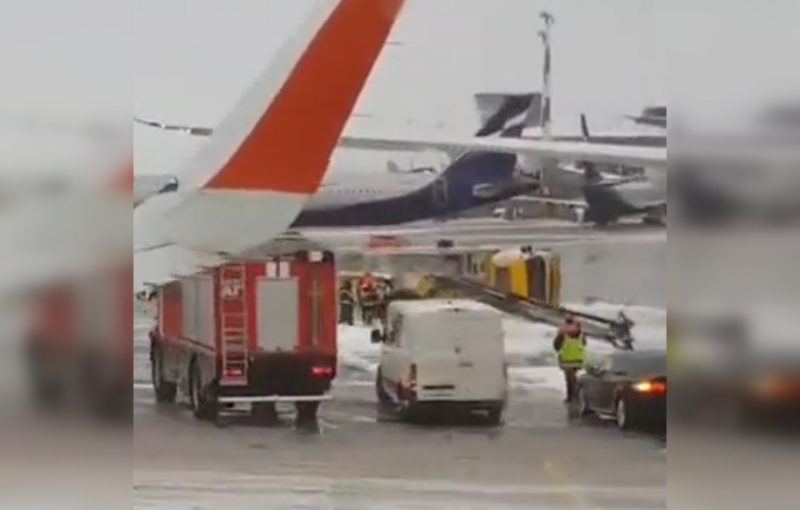 Unfortunately ramp and taxiway collisions have become a commonplace issue at busier airports resulting from factors such as increased movement in tighter spaces, aircraft having larger wingspans, miscommunication and equipment being in the wrong place at the wrong time.

On December 16, videos surfaced on YouTube and Twitter showing a de-icing truck applying fluid to the right wing on an Aeroflot A350-900. In the short clip, the aircraft is seen rolling forward, eventually knocking over the de-icing truck. From the few tidbits of available information, it’s still not very clear how this incident occurred in the first place. Reports indicate that the aircraft was still taxiing when it came into contact with the truck’s boom, but the video shows the truck operator already in the process of applying fluid. Clearly miscommunication comes to mind, but there’s no way of telling who was at fault without a proper investigation.

According to Russian News Agency TASS, an airline official said, “at Sheremetyevo, a passenger Airbus A350-900 collided with a truck. The driver was injured, there were no casualties on the plane.” They also report that the pilots were unaware that they knocked down the de-icing truck, and stopped the aircraft after passengers alerted crew members about the incident.

The barely 10-month-old aircraft involved in the collision was an Airbus A350-900 registered VP-BXC, and was operating flight SU158 from Sheremetyevo (SVO) in Moscow, Russia to Cancun (CUN), Mexico. The flight which normally departs Moscow at 8:55 a.m. local time, was delayed as passengers were put onto another A350 (registered VP-BXD). They were able leave about 5 1/2 hours later at 2:26 p.m. local time.

Aeroflot A350-900 collides with de-icing truck at Moscow Sheremetyevo Airport in Russia. The driver was injured and taken to hospital for medical treatment. https://t.co/VDw3kuSTsT pic.twitter.com/GSmuvZmci5