$100 Tapplock smart lock can easily be opened with GoPro mount 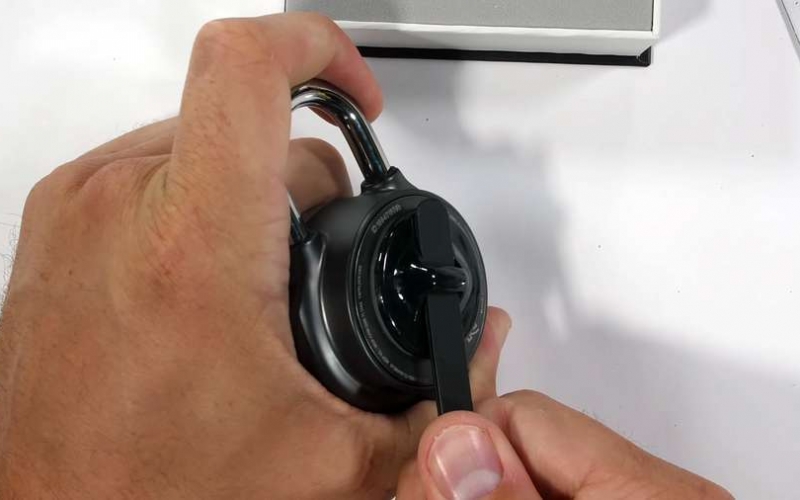 As a traveler, sometimes you really have to ask yourself if making every device into a ‘smart’ device really makes sense.

For instance, the Tapplock one smart lock which unlocks with a finger print sensor, is marketed for its ease of use. Instead of having to carry around extra keys of remember combination codes, the owner would just have to scan their finger print to unlock the lock.

There are a number of tech websites that rant and rave about the safety and reliability of this particular lock (can’t help but wonder if they are being paid to promote it), but it turns out this little smart device has a fatal design flaw.

Tech durability reviewer, JerryRigEverything, tore apart one (well two) of these locks to see how the they worked from the inside out.

After cutting open the first lock with a heavy duty grinder, he discovered that the outer back plate was not secured to the rest of the lock and could easily be twisted out of place. Digging deeper, he found that the inner protective plates were held in place with regular Phillips-head screws, and once everything was dismantled, the locking mechanism could be removed.

To test his theory, he got a second Tapplock one lock and used a sticky GoPro mount and attached it to the back plate, allowing him to easily twist it off, revealing the battery and protective plates. With a small Phillips-head screwdriver, he easily worked his way inside and unlocked it in just 30 seconds.

It’s surprising that no one caught on to this before. The lock which sells for an MSRP of $100, and as much as $136 on Amazon, is in short a complete waste of money. Until Tapplock fixes this flaw in their next version, buyers should stay clear of this device.

If you happen to use one of these locks to protect your possessions while you are abroad, I would suggest asking for an immediate refund.

You can check out the full teardown video below.