What NOT to do when you’re on vacation in Aruba 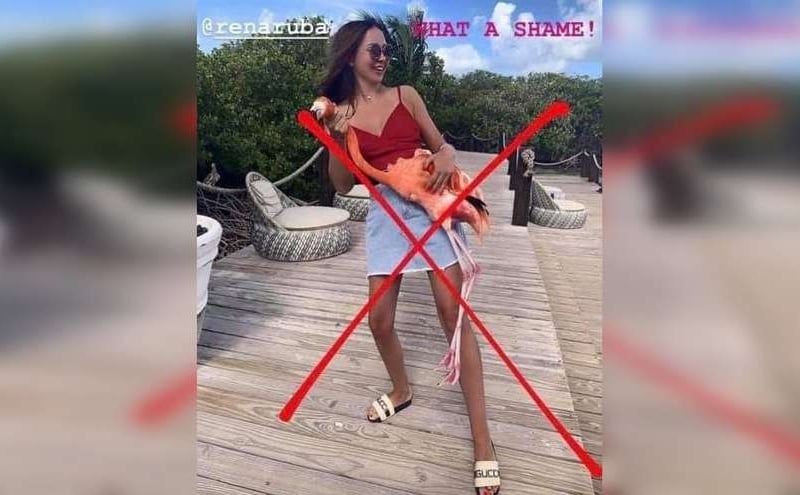 A few decades ago, only the rich, famous, and privileged had the opportunity to travel the world. Nowadays, anyone can visit the far reaches of the globe thanks to the commercialization of air and sea travel. Unfortunately it also means that a fair share of those who visit new destinations forget to use their common sense or simple lack respect for the people and surroundings around them.

A friend of mine brought these photos to my attention, showing two Instagram models “posing” with flamingos at Renaissance Island Beach in Aruba. While details about the incident are limited, it’s ridiculous to see someone holding a flamingo for an Instagram photo.

The first photo shows @maria_nikoll holding the bird like a guitar, with her right hand held firmly around the animal’s neck. 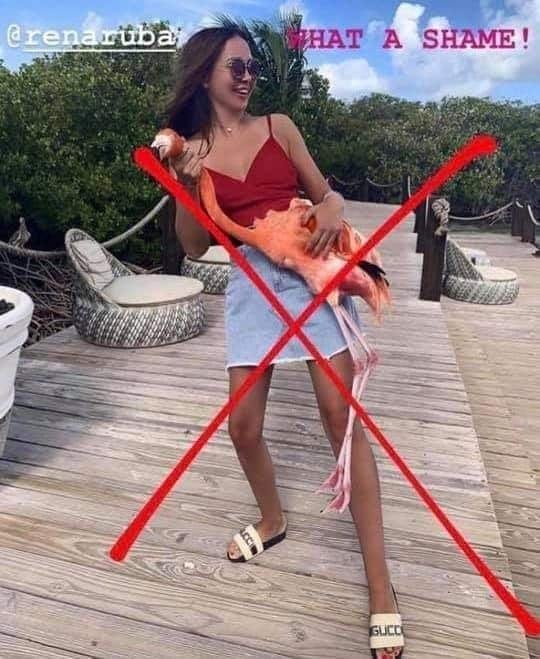 The other person previously going by the handle @vilyaickina, did a similar pose, also holding the flamingo firmly around its neck. Both girls appear to be friends. 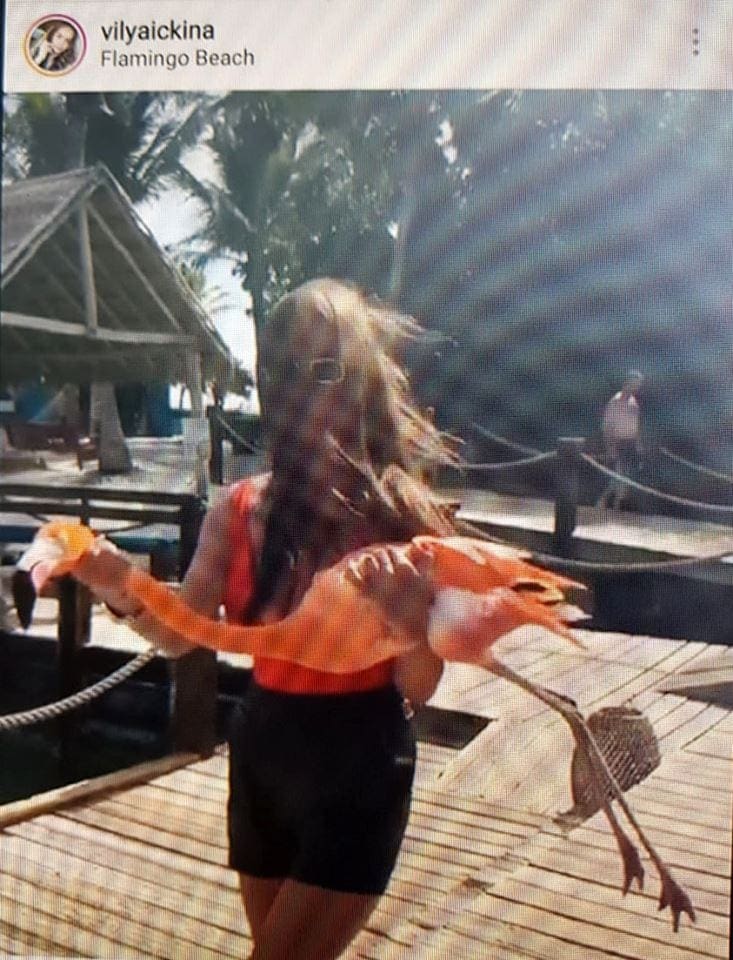 The photo on @maria_nikoll’s profile sparked quite a bit of outrage, leading the her subsequently deleting the picture. That did not stop followers from commenting on her other photos, going so far as to call her out as an animal abuser. 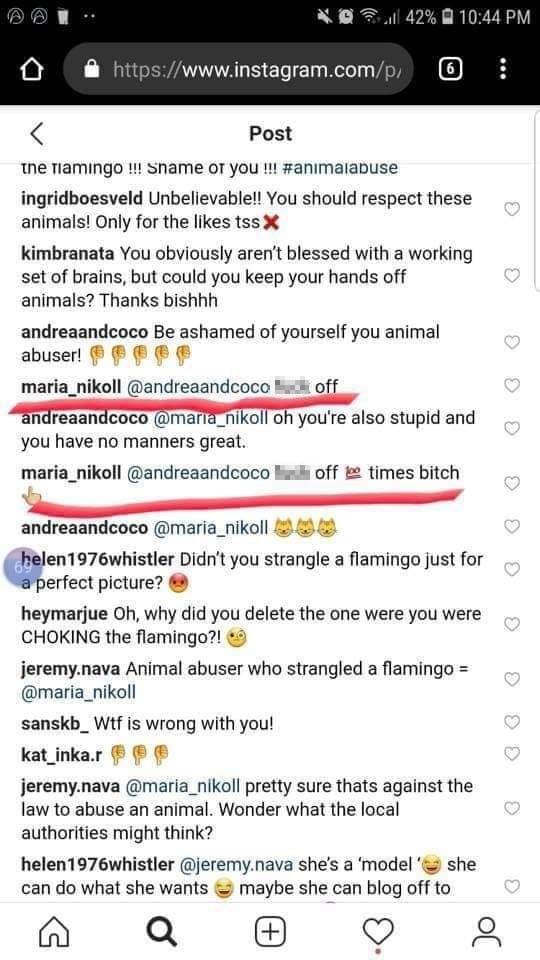 As a travel enthusiast, it is embarrassing to see photos like this. While I do not suspect that any action will be taken, pulling silly stunts like this could prevent other caring tourists from enjoying sights like this should authorities decide to do something about it, whether it be here or anywhere else across the globe.

Flamingos are not considered an endangered species, but are protected by the U.S. Migratory Bird Treaty Act of 1918.