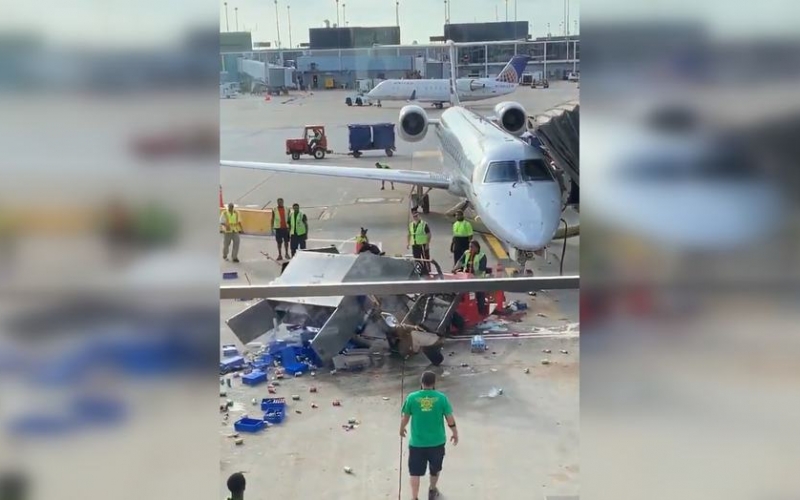 It’s not every day you see a catering cart spinning around wildly on the ramp.

Passengers waiting at one of the gates at Chicago O’Hare (ORD) watched in shock as a catering cart spun wildly out of control near an American Airlines aircraft docked to the jet bridge. Various drinks were thrown off the cart in the process, but what was more worrying was the fact that the cart got closer to the aircraft with each turn.

On the very last second, a quick-thinking ground crew members rushed in with a pushback tug to reign in the wild cart, preventing it from causing hundreds of thousands of dollars in damage to the aircraft and a canceled flight.

Crazy event at ORD. Heads up safety move by a ramp worker! pic.twitter.com/SQi5zB0Ooz