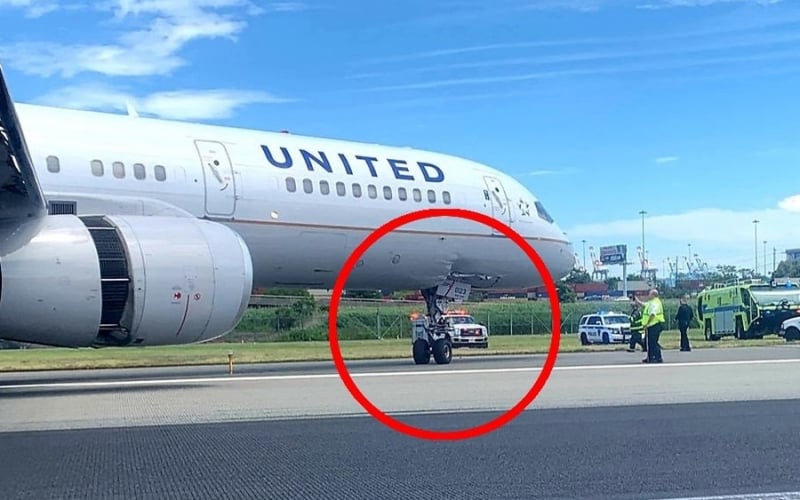 A United Airlines 757-200 performing flight UA627 from Denver (DEN) to Newark (EWR) suffered a hard landing, resulting in the aircraft partially skidding off the runway.

The 21-year-old aircraft (registration N26123) which touched down on runway 22 at Newark shortly after 1 p.m., reportedly bounced at least twice during the landing, resulting in the main gear tires bursting on impact. The fuselage just above the nose gear also suffered significant damage during the ordeal.

The pilots were able to bring the aircraft to a safe stop even though the left main gear ended up in the grass to the left side of the runway.

All passengers and crew members were safely evacuated.

Newark Liberty Airport temporarily suspended all flights into and out of the airport, but lifted the ban after the aircraft was towed away. They did advise that flights would be delayed as a result, and that passengers should get in contact with their respective airlines for further information.

Flight activity at EWR has resumed following an earlier incident, but delays are expected to continue. Passengers should call their carrier for info. [99]

Here are some more photos of the damage.