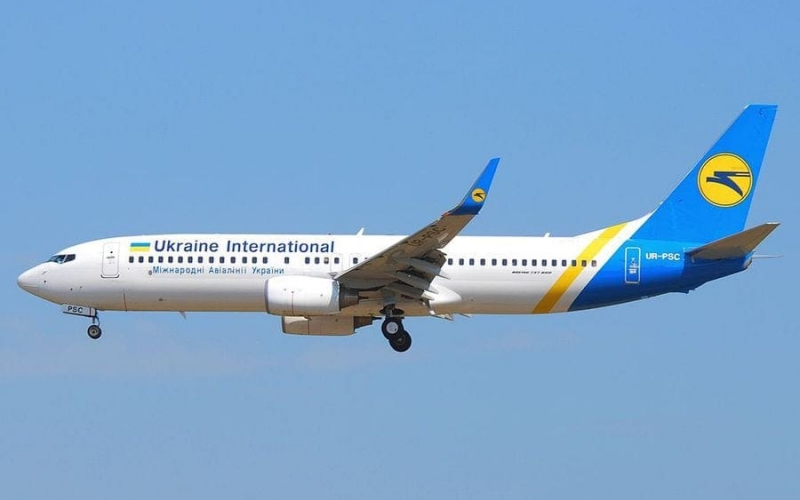 Flight PS752 departed Imam Khomeini International Airport (IKA) at 6:12 a.m. local time, almost an hour after its expected departure time of 5:15 a.m. The flight was scheduled to fly to Boryspil International Airport (KPB) in Kiev, Ukraine. The aircraft being used was a Boeing 737-800NG (not a MAX 8) and was registered as UR-PSR. The aircraft was just 3 1/2 years old.

According to FlightRadar24, ADS-B data shows it climbing to almost 8,000 feet on its way to Kiev before dropping off the service. Local news agencies report the aircraft crashing just minutes after takeoff, blaming the issue on “technical issues”. All 176 passengers and crew members lost their lives based on those reports from Iran State Media.

Investigation teams are on the ground now surveying the damage, but footage has already starting popping up on social media, with one of the videos showing the aircraft’s final moments before crashing into a ball of fire.

✈️ — UPDATE: First footage of moment the Boeing 737 Ukrainian Airlines plane crashes with 180 passengers in the Iranian capital, Tehran — No word on casualties or confirmed reason for the crash.

According to preliminary data, there were 167 passengers and 9 crew members on board. UIA representatives are currently clarifying the exact number of passengers on board.

Passenger lists will be posted on the airline’s website after final confirmation of their presence on board of the aircraft.

The airline expresses its deepest condolences to the families of the victims of the air crash and will do everything possible to support the relatives of the victims. With immediate effect, UIA has decided to suspend its flights to Tehran until further notice.
As at 09:30hrs, UIA in close cooperation with the aviation authorities, takes all measures to determine the causes of the air accident. In parallel, the airline will be contacting the relatives of the passengers, providing all possible assistance in the current situation.
The flight was operated on a Boeing 737-800 NG aircraft (registration UR-PSR). The aircraft was built in 2016 and delivered directly to the airline from the manufacturer. The last scheduled maintenance of the aircraft took place on 06 January, 2020.

A briefing will take place for media representatives.
Place: Conference Hall of Boryspil International Airport.
Time: 08 January, 2020 at 10:00hrs.
Meeting place for journalists – Information Desk, Terminal D, International Flights check-in area.
Investigation will be conducted with the involvement of the aviation authorities of Ukraine, Iran, representatives of the Boeing manufacturer, the airline, and the National Bureau of Air Accidents Investigation of Ukraine. The airline will inform about the progress of the investigation and the causes of the tragic event as soon as they are identified.

We are aware of the media reports out of Iran and we are gathering more information.

The Ukrainian embassy to Iran issued a statement saying that the cause of the incident is engine related and not as a result of a missile attack or act of terrorism. However, the statement has since been withdrawn.

The Iran Civil Aviation Organization also clarified numbers on board as 167 passengers and 9 crew members, for a total of 176 on board.