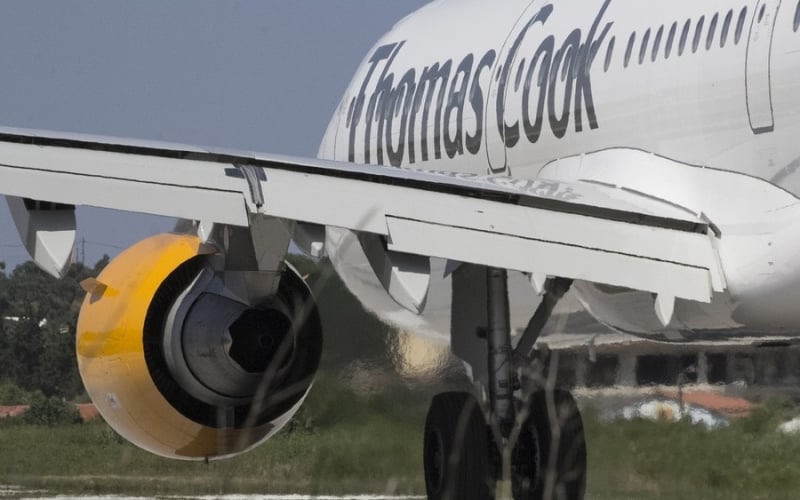 Thomas Cook Group plc, including Thomas Cook Airlines UK, has ceased trading on the London Stock Exchange, resulting in the all flight and vacation bookings being cancelled with immediate effect. The news does not come as much of a surprise as the group reported a 1.5 billion pound loss over the last six months.

The airline’s website has since gone offline and is now replaced with the following message.

Thomas Cook UK Plc and associated UK entities have entered Compulsory Liquidation and are now under the control of the Official Receiver.

The UK business has ceased trading with immediate effect and all future flights and holidays are cancelled.

A dedicated support service is being provided by The Civil Aviation Authority to assist customers currently overseas and those in the UK with future bookings.

With over 150,000 UK passengers stranded as a result of closure of Thomas Cook Airlines UK, the UK Civil Aviation Authority has taken over operations in order to quickly arrange repatriation flights to help airlift citizens back to the United Kingdom. The repatriation efforts will also cover hotel costs as hospitality groups who were expecting payment from the Thomas Cook group are now seek payment directly from affected holiday-goers given the changing situation.

“The Government and the Civil Aviation Authority are now working together to do everything we can to support passengers due to fly back to the UK with Thomas Cook between 23 September 2019 and 6 October 2019. Depending on your location, this will be either on CAA-operated flights or by using existing flights with other airlines.”

Passengers stuck abroad are advised to contact the CAA via the dedicated website before October 6, 2019. The CAA is also advising passenger who are due to fly out of the UK via Thomas Cook, to not show up at the airport as there will be no repatriation flights to get them to their destination.

One Malaysia Airlines flight contracted by the CAA has already shuttled passengers back to Manchester (MAN) from Kuala Lumpur (KUL), with other airlines including British Airways, Virgin Atlantic, Atlas Air, Eastern Airlines, EastJet, EuroAtlantic Airways, and others being signed on to help relocate stranded travelers.

In total, the whole situation is said to affect over 600,000 travelers.

The struggling group managed to secure a £900 million loan, but needed an additional £200 million in order to pay off more immediate debts. After meeting with its creditors, the travel company failed to finalize a deal, and ceased trading at 2:15 a.m. BST.

Detention of Aircraft notices were also served at Manchester Airport, as seen in this photo below.

The closure has not had an effect on Condor, one of the group’s German subsidiaries. The airline posted that flights will continue as scheduled, and that updates will be posted via their website and social media outlets.

Condor continues its flight operation. We will publish updates on our website shortly https://t.co/ihsbFAPrll #borntofly pic.twitter.com/sV5z33Qiyt