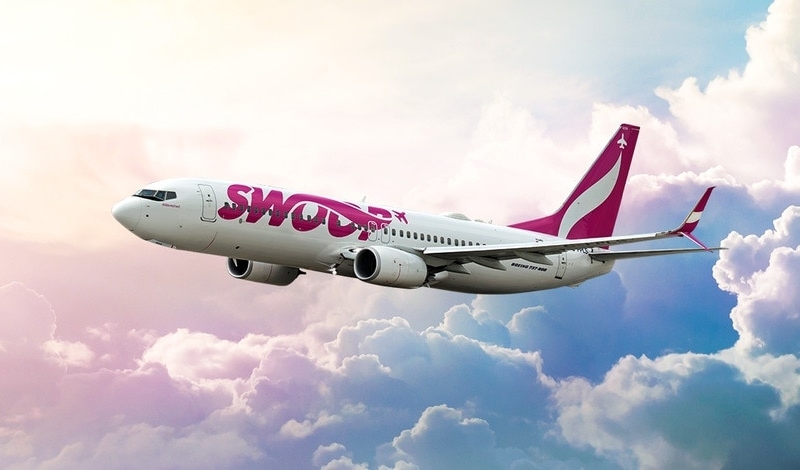 Over the course of 2019, Canada put into effect a series of new air passenger rights rules, but one of the concerns was that airlines would push back by increasing tickets prices.

So said, so done. Ultra low-cost carrier Swoop has updated their Travel Terms and Conditions to reflect a new charge being added on to its fares. The Air Passenger Protection Regulations (APPR) surcharge will cost passengers $2.56 per traveler and per flight, and was added separately so that the airline would be able to maintain their “unbundled, ultra-low fares.”

In order to maintain our ability to provide unbundled, ultra-low fares, Swoop has introduced a nominal Air Passenger Protection Regulations (APPR) surcharge of $2.56 per traveller, per flight. The Surcharge provides compensation funds for travellers experiencing irregular operations that are in the airline’s control and not related to safety, in compliance with APPR requirements. This enables us to both comply with the APPR, while keeping our base fares ultra-low for all Canadians. The Surcharge amount is consistent with the APPR Cost-Benefit Analysis report issued by the Canadian Transportation Agency (CTA).

The surcharge will be collected at point of sale and will apply to each traveller on a per flight basis, in addition to other relevant charges and fees. It’s important to note that this surcharge is not designed to act as supplementary revenue to Swoop – it is meant to be revenue-neutral.

The Surcharge does not apply to lap held infants.

The added cost does not come as a surprise, and we suspect all airlines subject to the new policy would have slightly increased their fares to offset compensation costs. However, as noted by Gábor Lukács, the founder of Air Passenger Rights, Swoop’s decision to outline this in their fee structure was a deliberate move to highlight and push back against the new policies.

The new passenger rights policies apply to all airlines flying in, out and within Canada. Smaller airlines such as Swoop are entitled to pay out smaller amounts given their pricing structure. The policies aim to compensate travelers for delays or cancellations from 3 hours onward, and increase depending on how many hours the flight is delayed by.

Passengers who are denied boarding in certain situations within the airline’s control (e.g. overselling a flight) are also entitled for compensation. The full list of rights can be viewed here.

Even though the policies do offer some benefit for travelers in Canada, some of the changes are questionable and could encourage unsafe practices. For instance, airlines which delay or cancel flights after finding mechanical issues with aircraft during scheduled maintenance are required to compensate passengers.

Many believe this could lead to scheduled checks being less thorough, so that if problems arise at the gate, the airline would not be required to compensate its passengers for whatever delays or cancellations arise out of the issue.