Surinam Airways to replace Airbus A340 with Boeing 777 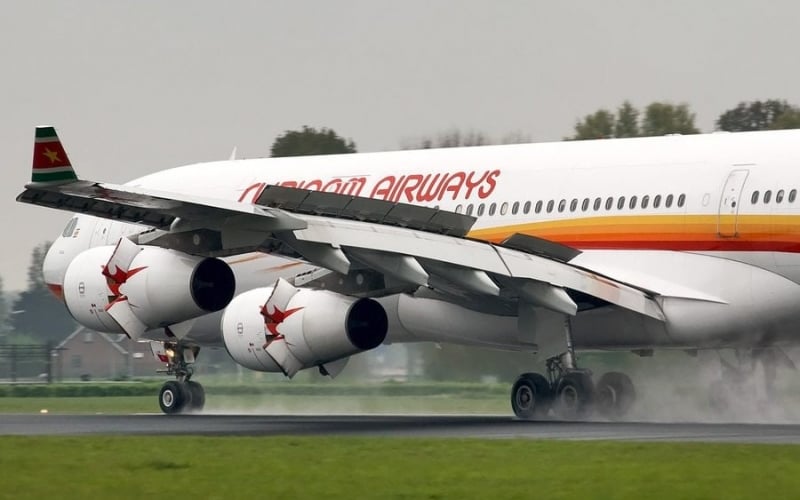 Surinam Airways has started finalizing the process of replacing its aging Airbus A340 after a series of maintenance events forced the plane to be grounded more often that they would have liked.

The airline has finalized a leasing agreement with Boeing Capital Corporation for an almost 17-year-old Boeing 777-200ER which previously flew for Singapore Airlines and Air New Zealand. However, the airline only plans to use the 777 as a temporary measure as they eventually aim to purchase a newer Boeing 787 Dreamliner.

The airline currently uses the A340 to service their long haul route between Paramaribo (PBM) and Amsterdam (AMS). Surinam got a helping hand from TUI fly Netherlands when their A340 was out of service, and thanks to their codeshare agreement, passengers were still able to travel between the two destinations on a TUI Boeing 787.

Surinam Airways has always struggled to acquire modern aircraft as the airline was never able to obtain ETOPS certification, resulting in them operating aircraft with four engines, including Airbus A340s, a Boeing 747-300, and a Douglas DC-8, for its long haul operations. However they finally appear to be sorting that out just in time for the arrival of their 777-200ER in October 2019.

The airline should see drastic improvements from a maintenance standpoint as their A340 has proven to be quite unreliable as of late, recently spending a few months in the shop due to an issue with its main landing gear. Surinam will also benefit from the older Singapore cabin remnants, with 26 business class seats in a 1-2-1 configuration and 245 economy seats spread across a more comfortable 3-3-3 layout.

The airline also operates two narrowbody Boeing 737-700s which they use to fly between Caribbean and a few North American destinations.