St. Kitts And Nevis Writes Off $11 Million In LIAT Debt 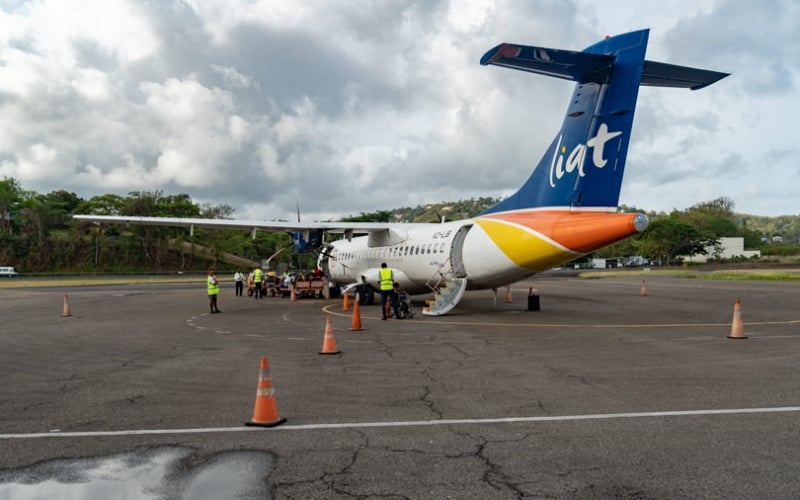 LIAT has gotten an additional lifeline as the Prime Minister of St. Kitts And Nevis has announced that LIAT’s $11 million debt to the nation will be written off.

The struggling carrier which managed to resume flights at the end of November, will get a helping hand from St. Kitts And Nevis. As part of a request made by LIAT’s administrators, Prime Minister Dr. Timothy Harris announced that $11 million owed by LIAT will be written off in the best interest of maintaining essential travel within the Caribbean.

“We accept that LIAT is the largest carrier supporting intraregional travel and without LIAT there is a major void that has a significant impact on the ease of movement of citizens, residents, and visitors to the region.

“Mindful of the challenges that LIAT has faced, we believe that we must take this position in the best interest of the people of St. Kitts and Nevis and the region as a whole.”

According to previous reports, LIAT has racked up as much as EC $100 million in debt, and was on the verge of being liquidated, but was later put into administration after Antigua’s Prime Minister Gaston fought to have the Caribbean service restructured instead.

Even with the good news, the airline has run into another stumbling block as both Barbados and St. Vincent and the Grenadines have blocked LIAT from operating flights to the respective territories citing the need for updated approvals. In a press release, the airline said:

The airline had previously announced services to Barbados and St. Vincent & the Grenadines and was scheduled to begin flights as of November 30th. Prior to its suspension of services due to the COVID-19 pandemic, the airline had been operating to these destinations on valid flight approvals which have not expired. LIAT operated a scheduled flight to Barbados on Monday 30th November. However, the airline has been informed by these territories that new arrangements must be made for the airline to operate into Barbados and St. Vincent & the Grenadines. The airline has therefore made the decision to temporarily suspend services to these destinations while these new arrangements are being finalized.

Affected passengers have been asked to contact the airline regarding refunds and/or date changes. LIAT says it will still continue operations to the remaining five of seven countries highlighted in their November 30th launch schedule.